EVs Startup of the week-Zypp

Zypp is a Gurugram based electric two-wheeler startup previously known as Mobycy. It is India’s first dockless E-bike and eScooter sharing technology platform to solve the last mile connectivity of the people. It is the best platform to cover shorter distances without any wait at a reasonable price.

The Startup aims to solve the micro-mobility (5km) travelling problems with their electric scooter sharing an app for billions of Indians. It offers connected micro e-scooters by enabling the internet of things (IoT) services. 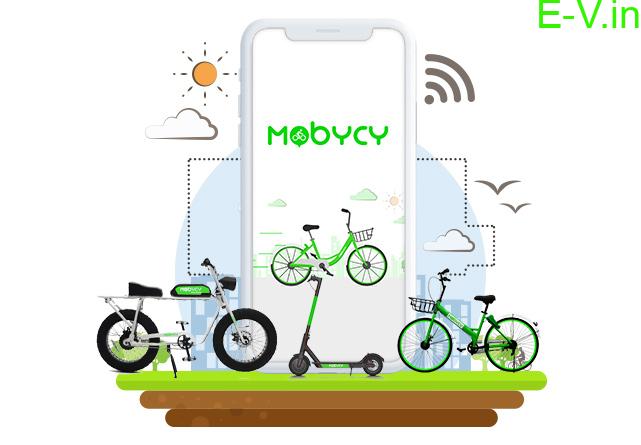 EVs Startup of the week-Zypp

The Company is established in the year 2017 and became the first app to go live on Playstore and Appstore. It is founded by three of the co-founders, Akash Gupta, Shivraj Singh and Rashi Agarwal. Akash and Rashi are also life partners.

The company is a winner of PITCH TO MOVE SUMMIT 2018 and won the Top Asia Mobility Startup award in Singapore. They are also an official partner of Raahgiri (a car-free citizen initiative started in 2017).

They are also into delivery fleets, electrifying food delivery with Zomato and Swiggy. They also tie-ups with the B2B model, not only this the Startup is registered and recognised by Municipalities and GMCBL (‘Gurugram Metropolitan City Bus Limited). It hosted India’s first Electrothon, a Marathon on electric scooter in Gurugram held on 9th March 2019, the event aimed to encourage people to adopt electric vehicles for their everyday commutes all over India. 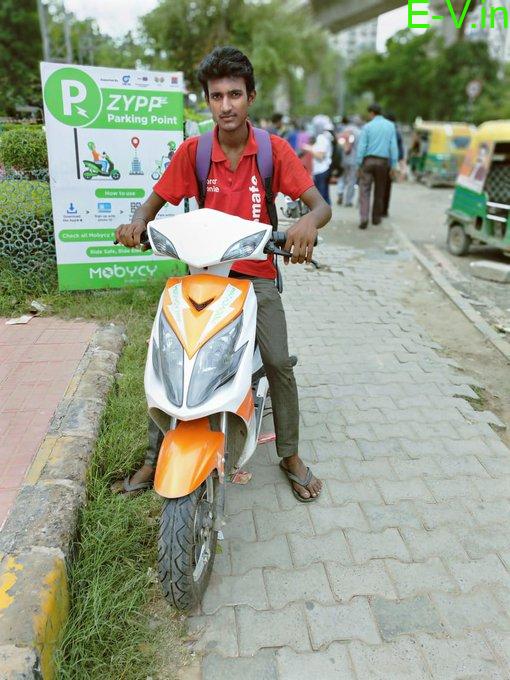 The Startups vehicles are available at colleges, metro stations, key markets, malls, offices, Gyms, parks and near your home. They have some amazing deals for you, pay per ride. They also have monthly plans such as for Zypp Prime Rs.499 per month and for Zypp Rs.3 to unlock Rs.2 per minute and if you have long ride plans you need to pay Rs.149.

The Startup also creating a charging dock for Mobycy Zypp e-scooter across all the key areas of Delhi NCR starting with Gurugram.

You can help the startup becoming their chargers, you will have to just provide a space to park the shared electric scooter (1 scooter requires 5*2 feet of Space) and an electric point where they will set up an electric scooter charging sockets and a meter to know how much electricity is consumed to charge an EV and company pay’s you more than the electricity bill amount consumed charging an EV. You also get the benefit of free mobycoins that can be used to drive Mobycy Zypp for your last mile commutes without paying. 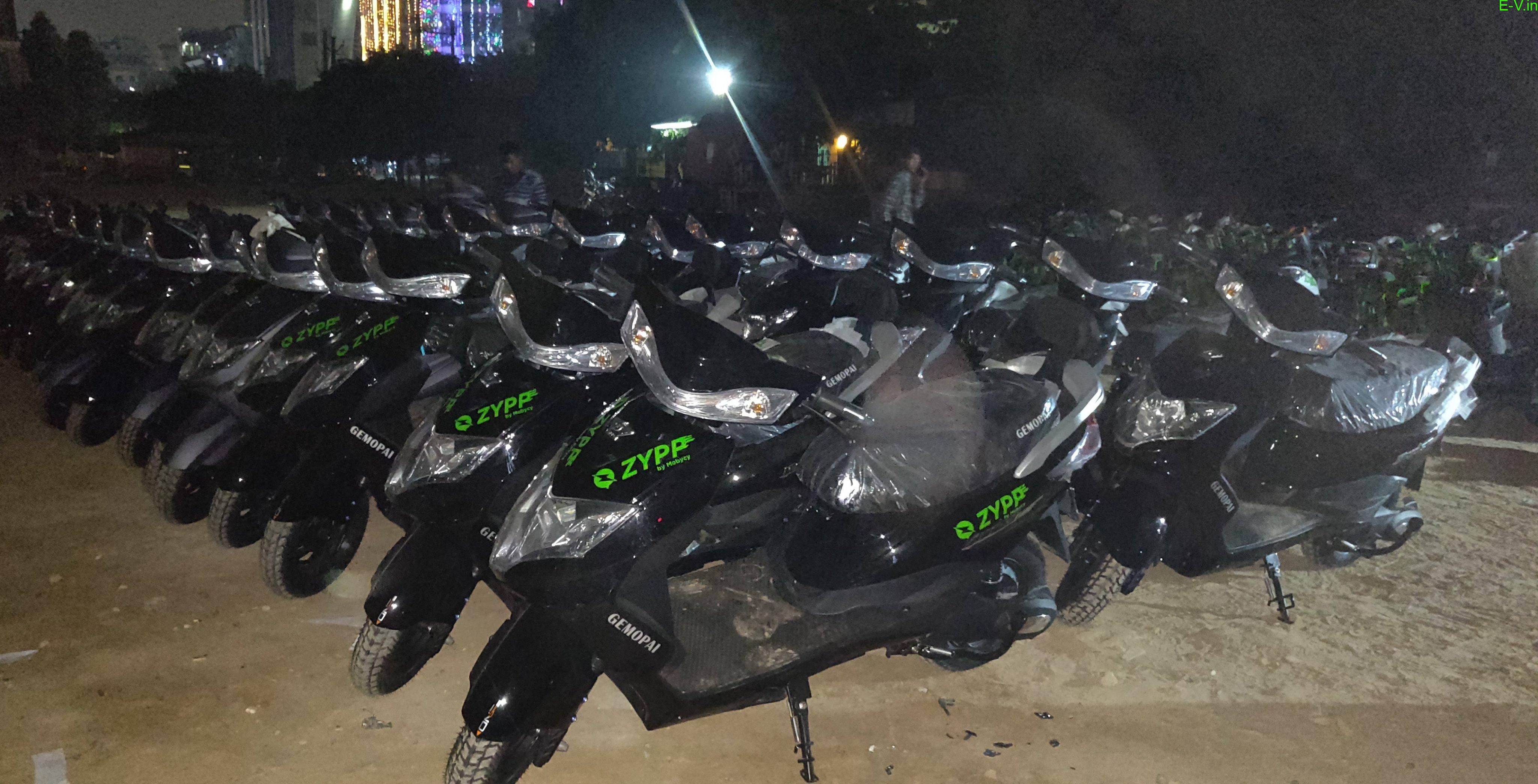 Zypp is also planning to scale up its operations across five Indian cities including Delhi-NCR. The Startup aims to expand its fleet to include around 20K e-scooters by the end of 2020. It also aims to make expansions in regions like South East Asia and Europe in the coming years.

Zypp cofounder and CEO, Akash Gupta, in a press release, said, “Our mission is to offer the new-age working professionals with affordable, convenient, and eco-friendly connected and shared two-wheeler mobility solutions solving urban commute. This is a first-of-its-kind fully electric venture in India.”

It has raised INR 15 Cr in Pre-Series A from the Indian Angel Network (IAN) to scale up its fleet to include more than 5 thousand electric scooters. IAN also mentored during the early stage of Startup to take the business forward.

The company last year created a new feature that allows the users to find the nearest scooters and unlock them by scanning the QR code from the app which charges INR 10.

You can make you use of these electric scooters or bicycles by just simply scanning a QR code using mobycy App and there you go, ride and park sensibly anywhere.

During the travel, it costs INR 1 per minute and the app also gives information about the battery life and run time of the e-scooters on the app. You will have to link the app with your Aadhaar or driving licenses. 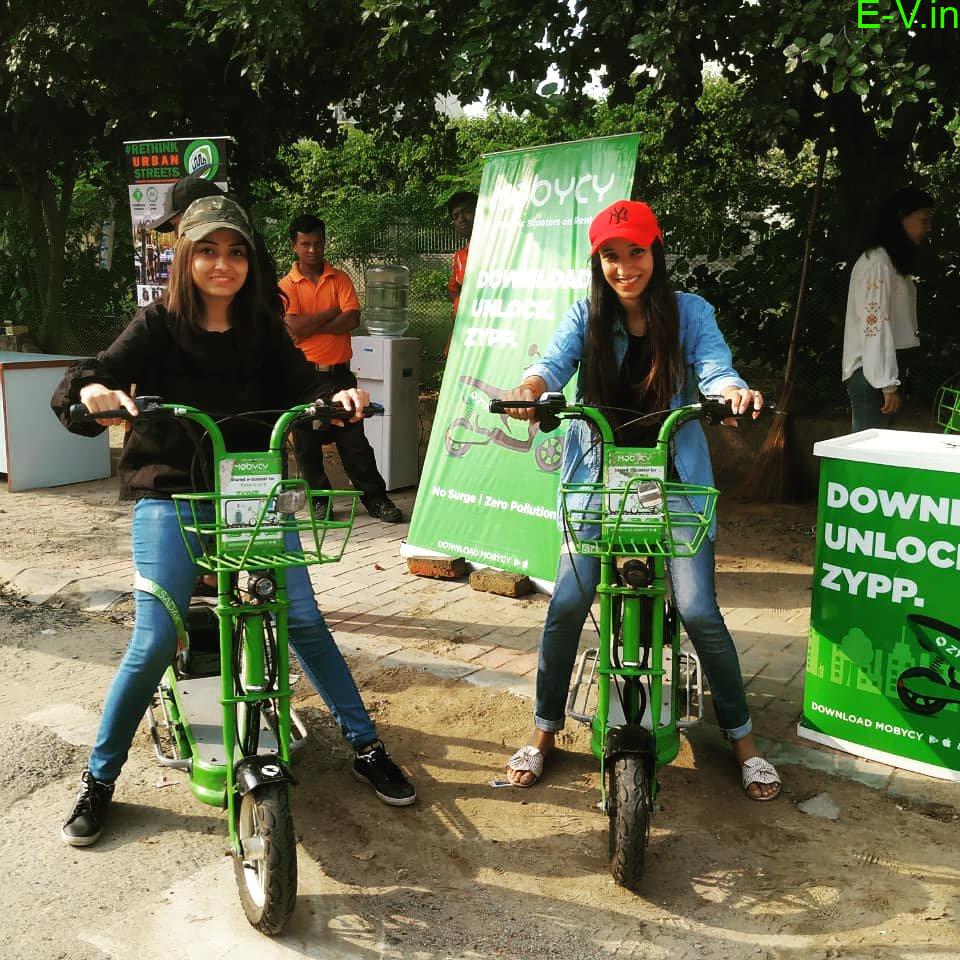 It is a great and smart bike rental app which provides a dockless e-bike, e-scooter (Zypp), ebike sharing App which helps people in their everyday commutes without polluting the environment.