in India in April

The German luxury carmaker Mercedes Benz is all set to launch its electric SUV EQC in India in April.

The company’s Mercedes-Benz Cars Head overseas region Matthias Luehrs said “We are introducing the EQC in the (Indian) market. We are quite bullish on this segment. What we see today is a GST advantage in selling fully electric vehicles.” 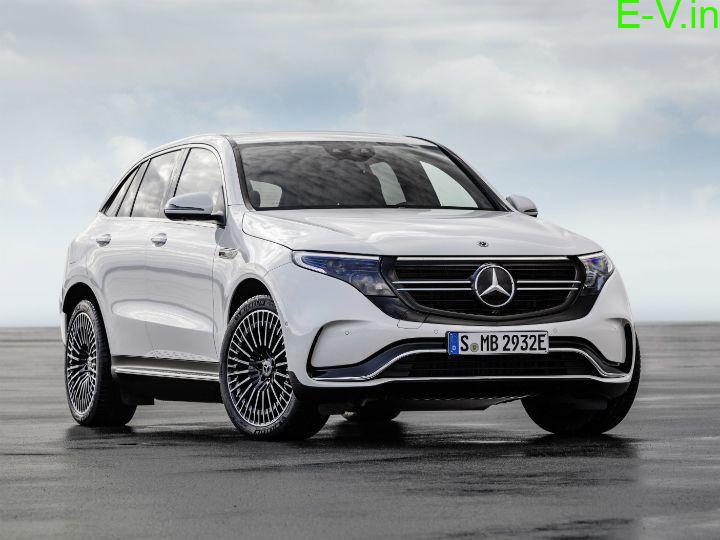 The company is looking for government support in electrifying the Indian market. Their strategy is to evolve towards this segment in the future he said. He also said that goods and services tax (GST) subsidy is a clear signal that the government is in support of electric vehicles.

The company will continue to fully import electric vehicles to India. The company’s research and development unit in Germany is planning to launch ten different EVs worldwide in the next few years. The company is analysing what kind of cars they can possibly bring at a certain stage and also manufacture locally.

As it had done already in past with internal combustion engine vehicles and it will assess the viability of local assembly for EVs in the same manner, he said.

It has a front-end with a large grille and a twin slat AMG-esque design. The silhouette is the same as its conventional cars added the futuristic patterns makes it look more sleek, eye catchy and appealing. The LED headlamps, a dual-motor setup are some of its features.

Talking about its specifications, it has a range of 450 km and has an 80 kWh lithium-ion battery,  it gives 402 bhp output and produces 765 Nm of torque. It provides a top speed of 180 km/h and it charges in 40 mins using a DC fast charger.

MD and CEO of Mercedes-Benz India

Martin Schwenk, MD and CEO of Mercedes-Benz India said that “We are adopting a step by step approach for the launch of our electric products in India. Once we start receiving real feedback from the customers’ post-April then we will be able to define our next step for electric space for the Indian market,”

“Our local manufacturing of EQC is entirely dependent on customer demand but at the moment we haven’t finalised anything on this front. However, with govt thrust on electric vehicles, we are anticipating some real sales numbers,” he added.

The estimated price of the EV is around Rs. 1 Crore.