MG Motor India has showcased its E200 electric vehicle at Auto Expo 2020. The E200 is a micro electric car which has a seating capacity of two people. It is co-developed by SAIC, GM and Wuling. 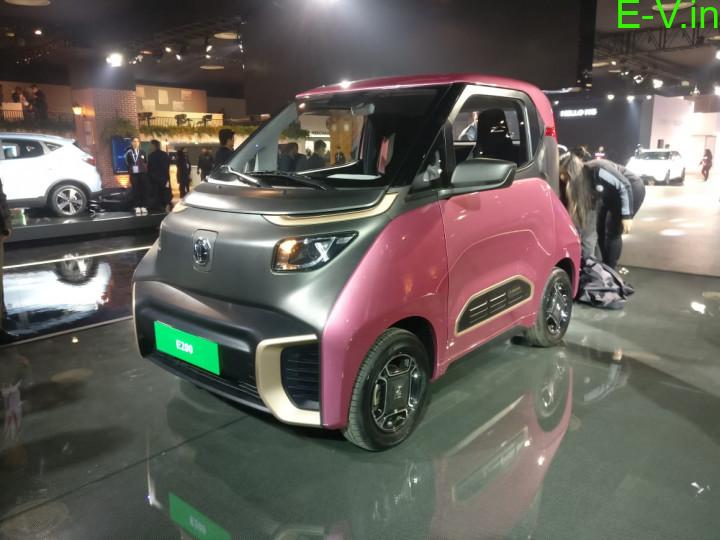 This micro electric car is 2497 mm long, 1526 mm wide and 1616 mm tall. It is powered by an all-electric motor and its specifications have not been yet revealed. But we can say it will provide a range of 250km on a single charge claimed by NEDC.

Talking about its interiors as it is short and may not suit the heighted persons. Its front comes with split headlamps with a LED DRLs. Apart from this, there are silver inserts on the bumpers of the car, I think which is bringing up look. The rear ends are having slim LED tail lamps.

If we look into its interiors, it gets a basic dashboard with highlights being instrument display and a two-spoke steering wheel. 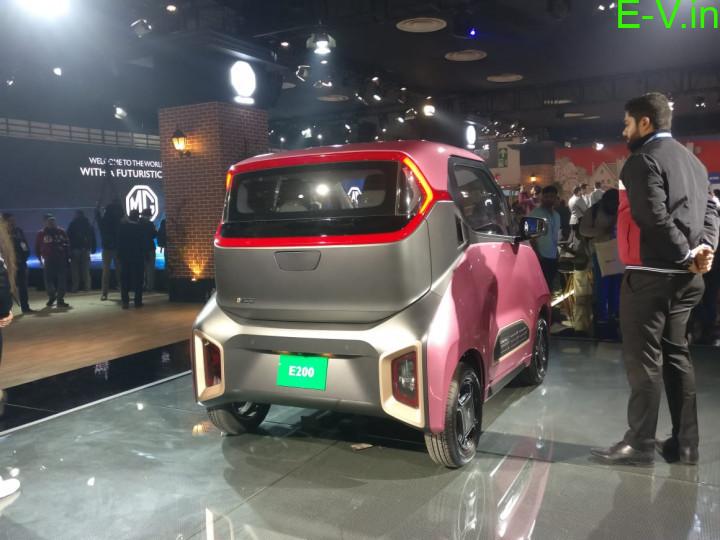 It seems the company is not planning E200 to launch in India this earlier. But it depends on the government’s plan to electrify India, MG may bring it here at the later stage. If this electric car launched in India that it will compete with the Bajaj Auto’s Bajaj Qute which is a petrol-powered quadricycle.

MG Motor has recently launched its internet electric SUV, MG ZS EV in India. It has received a great response from the people as it has received over 2,800 bookings in just 27 days.

It will be available in five cities initially such as Delhi-NCR, Hyderabad, Mumbai, Ahmedabad and Bengaluru and later on in other cities. They are offering a special complimentary price for the first 1000 customers.

The internet electric SUV is coming for its pre-booked customers with a price tag for its excite version is Rs 19,88,000 and for its Exclusive version, it is pricing in Rs 22, 58,000. People who have not pre-booked this SUV will have to pay more 1 lakh rupees on both the versions.