BMW says at the current stage the bike is having an estimated range of 110 miles (177 km) and they are working on increasing the range. The battery pack used in the BMW E-Power Roadster is taken from the BMW 2-Series plug-in hybrid.

Assuming the battery that we are looking is a 13 kWh which is lesser than the other competitive bikes such as Zero SR/F is having a battery pack of 14.4 kWh and Harley-Davidson LiveWire offers a 15.5 kWh battery. While talking about its charging, it seems BMW will offer a DC fast charging options.

Recently, the company has released its patent drawings that lacked a frame, instead of using the battery box as a stressed component of the bike. It seems that this prototype is not that bike though as a custom trellis frame can be seen around the non-load bearing battery.
This is not the first time that BMW has used the electric car’s battery into a bike. The BMW C Evolution electric maxi-scooter too built around an i-series battery module but there the did nice packaging on the production scooter when compared to the E-Power prototype. 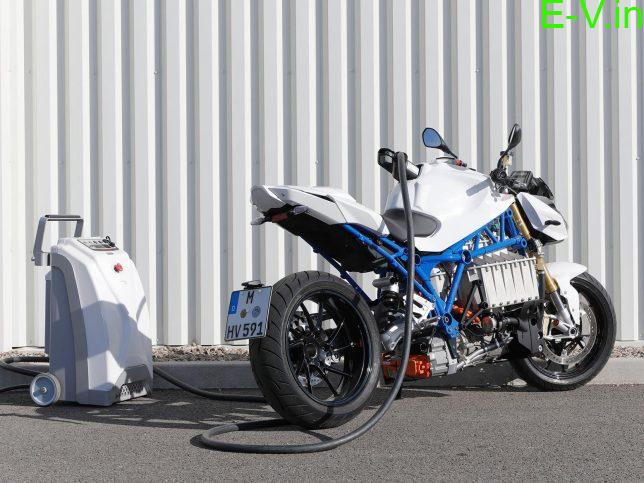 BMW E-Power Roadster is a combination of spare parts

This is just a prototype and a lot of changes need to be made as this bike is largely built by other vehicle parts and components. But we can see some interesting and unique components that might get the rear hand brake lever instead of a typical clutch. 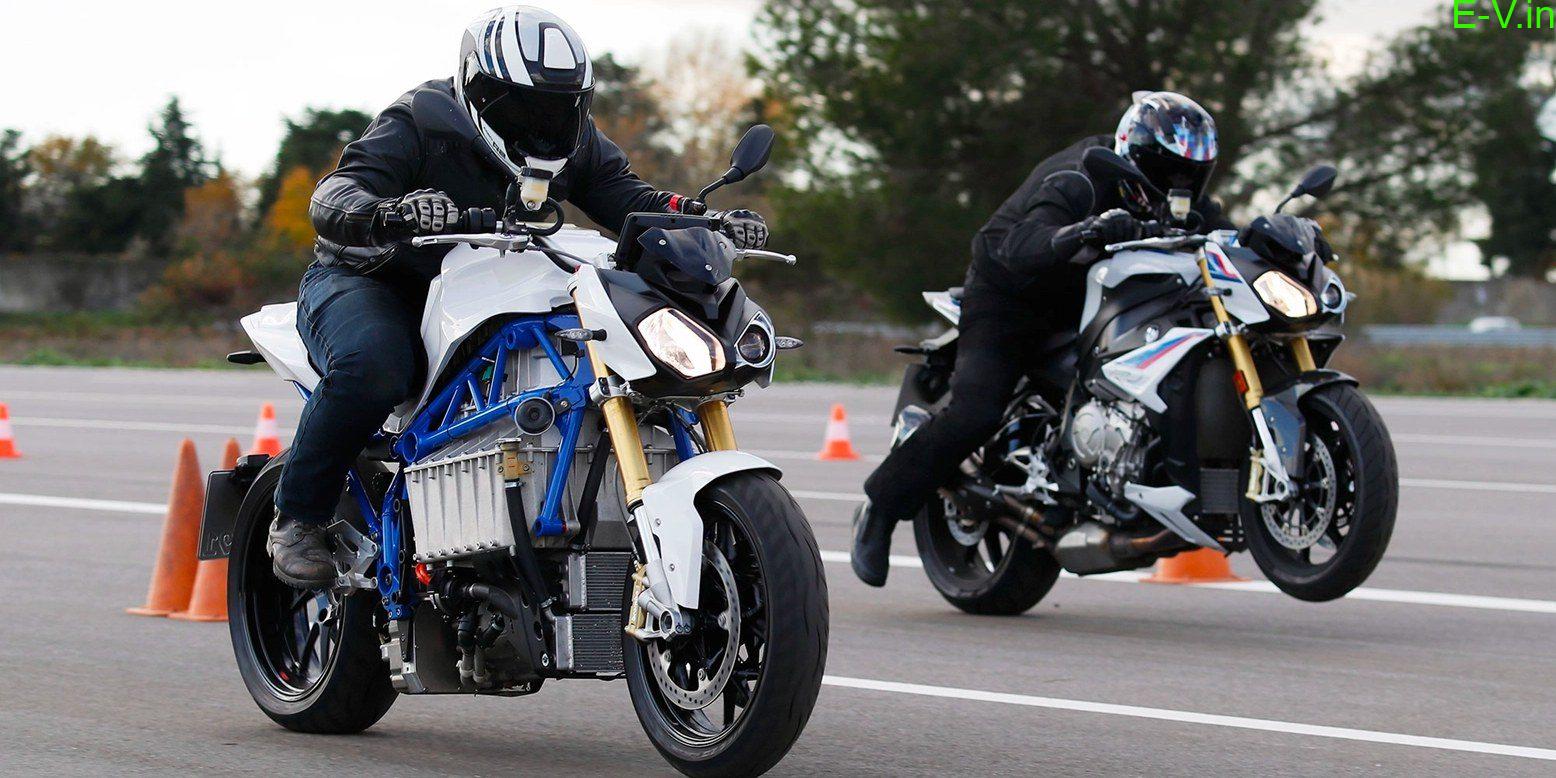