To boost the EVs in the country, the government is taking every possible step in making India cleaner and greener. Very soon the door-to-door garbage collection will be greener and cleaner in Coimbatore. The EVs are expected to pull around 1 tonne of garbage. TN first e-bus rolled out.

The governing body chose the electric way and bought 50 electric three-wheelers for the door-to-door collection of waste in the city. 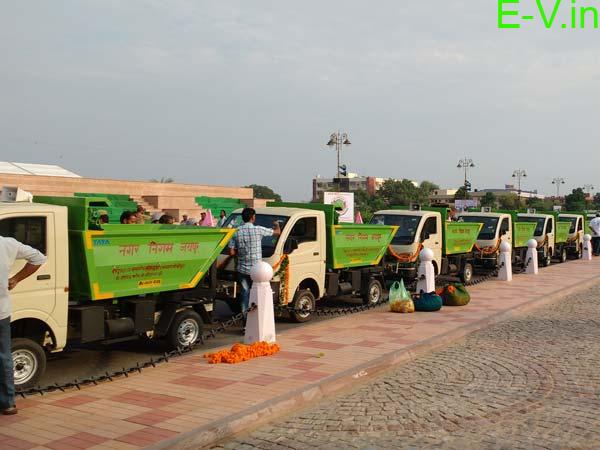 But unfortunately it did not work and within a few months of use of e-vehicles workers were getting limited range issues. The battery was not long enough to complete the work. Some of the e-vehicles were sent for servicing and due to this the service in some areas got affected.

But we cannot ignore the fact that the EVs are cheaper to run than the fuel-based vehicles. It is more efficient than normal garbage pushcarts.

The civic authority planned to place more such 100 EVs. On August 22, 102 diesel-powered three-wheelers were flagged off and the corporation is now planning to purchase 283 more vehicles. However, the corporation said that it will make use of EVs if the proper kind of vehicles is provided with an attractive price.

The Tamil Nadu Chief Minister Edappadi Palaniswami Flagged off the State’s first all-electric, air-conditioned bus in Chennai. The first bus among 525 electric buses will ply in the State with an aim to reduce the air pollution from the country.

The buses are from the automobile giant, Ashok Leyland manufactured the buses which have the capacity to carry 50 persons. The inspection of these buses which traveled from Thiruvanmiyur to Koyambedu was made by the Chief Minister, Deputy Chief Minister O Panneerselvam, Education Minister Sengottaiyan, Tamil and Culture Minister Mafoi Pandiarajan and transport officials.

The Tamil Nadu has purchased this e-buses under the FAME II scheme. The e-buses will run in major cities like Chennai, Madurai, Coimbatore, Trichy, Erode, Tiruppur, Salem, Vellore, and Thanjavur.