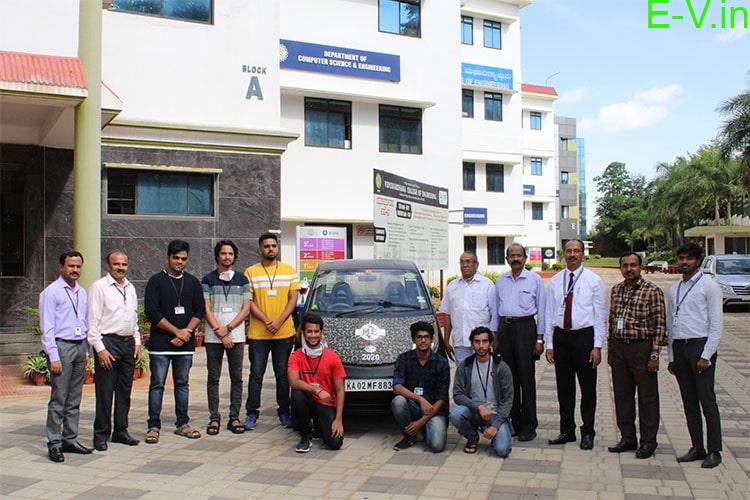 The EV technology is shaping the future of mobility in many parts of the world and in India too is in the EV race. Many automakers including Maruti Suzuki, Hyundai, MG Motor and Audi have announced plans to launch EVs in India in the next two years. The startups are also not behind in the race and as well as the college students who are taking initiatives towards developing future technology (EV technology). The students of Mechanical Engineering, Vidyavardhaka College of Engineering (VVCE) from Mysuru have developed a new electric car. They have converted an old ICE car to electric car.

The students say that “In the present day, air pollution is a major peril on human health. The foremost part of the air pollution is due to vehicles which run on power generated by Internal Combustion (IC) engines, namely petrol and diesel engines. The Government of India has taken a bold step to curb air pollution caused by vehicles. The alternatives for internal combustion vehicles are EVs.”

To support the government’s aim the students from the Department of Mechanical Engineering have developed an electric car as their final year project “the conversion of IC engine car into an electric car.

The team bought a second hand TATA Nano car from Tata motors for Rs.41,500 and converted it into an electric car by spending Rs. 96,658 including electric motor, batteries, controller, accessories and labour cost. 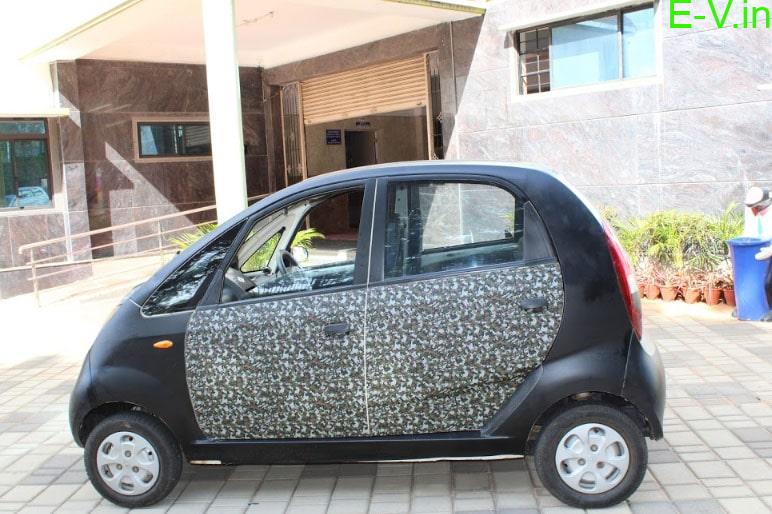 While looking at its technical terms, according to the students the converted electric Nano will provide a range of 40 km on a single charge and to charge it fully it will take 6 hours 36 minutes of time. The running cost of the car is the 1 rupee 15 paise per kilometre when it is driven at a maximum speed of 45 to 50 km. It will be 35 km (four members) and the running cost per km will be 1 rupee 32 two paise at a maximum speed of 35 to 40 km.

As the government-backed Energy Efficiency Services Ltd. (EESL) has issued tenders for 20,000 EVs to deploy all over India. It aims an EV sales s penetration of 30 per cent or private cars, 70 per cent for commercial cars, 40 per cent for buses and 80 per cent for two-and three-wheelers by 2030.