Tata motors is been the third largest manufacturer of passenger vehicles and it recently announced an opportunity for having a partner in both of its subsidiaries that makes Battery electric vehicles and regular engine-powered cars and SUVs as it looks to maintain its growth trajectory by tapping new technologies.
The Mumbai-based company, recorded a trend-defying growth last year in the segments that both the subsidiaries operate in and look forward and staying to the future of the curve as its rivals prepare to make significant investments in tune with the future market shift.
In the recent interviews, reports raised a point that whether Tata motors is looking for any partner in the electric vehicle company, Shailesh Chandra, Managing Director of both the Tata Motors’ subsidiaries said we are open to having a partnership in Passenger vehicle and Electric vehicle both because both are disrupted by the same new technology.” 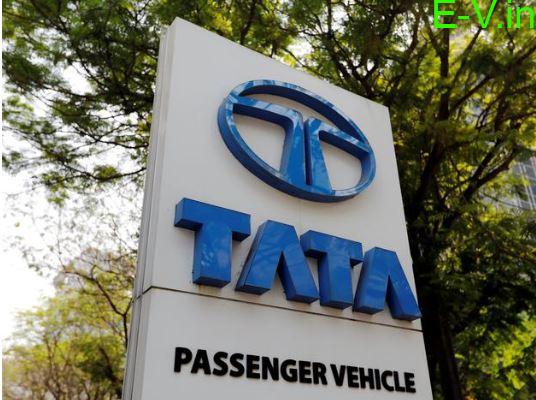 The EV subsidiary, Tata Passenger Electric Mobility (TPEML), saw the financial participation of TPG Rise Climate and ADQ who have agreed to pump in Rs 7,500 crore in two tranches in exchange for a stake ranging between 11-15 percent. This transaction which was executed in October 2021, gave TPEML a valuation of $9.1 billion.
“TPG is a strategic partner with a lot of knowledge,” Chandra added. By end of 2022 Tata with a share of more than 85 percent in the passenger EV category based on two models, Nexon EV Tigor EV.

And the company had committed and planned to release 10 More EVs in the next five years line including those which will be based on a born-electric platform Its existing offerings are essentially petrol/diesel-powered cars converted to battery-electric, and the next stage of product offering will see the company introduce electric vehicles with an option of petrol/diesel powertrains.
And the company has planned an investment of RS 15,000 CR in the next five years to execute these plans and meet its Target.

In 2020, Tata Motors had announced plans to seek a partner for its PV business unit even before it hived off the vertical into a separate company. The disruption caused by the Covid-19 pandemic and added focus given to the electric vehicle business meant that the plans to find a partner for the PV business took a back seat.

0 0 0
Previous : Magenta, in partnership with Euler Motors to deploy over 1000 electric cargo vehicles
Next : Honda to spend $64 billion on EV push, plans to roll out 30 models by 2030
Sandeep Reddy