Hyundai Mobis world’s seventh-largest automotive supplier has announced that it has successfully developed its “e-corner module,” which is a design that comes with a combination of steering, braking, suspension, and driving systems into each wheel. It allows each wheel to rotate to up to 90 degrees which allows the vehicle to be moved within a tight space very easily. 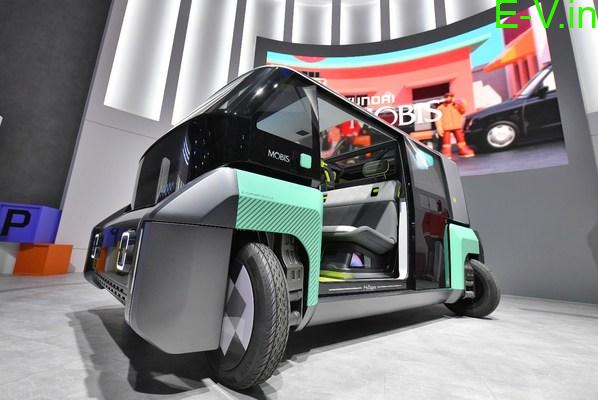 The Hyundai Mobis each e-corner 90-degree turn and sideways drive is to support future Purpose Built Vehicles (PBVs) in congested urban areas. The concept of the e-Corner Module all-in-one wheel was first introduced at CES 2018 in Las Vegas.

For three years the company is working on this design, renewed it and made it practical so that it can be used in real vehicles and has developed the electronic control unit (ECU) that controls the technology it includes. The company said in a statement “Once the reliability verification and feasibility studies on mass production are completed, Hyundai Mobis will begin placing mass production orders from global automakers for implementation.”

In a press release from Hyundai Mobis, the Korean automotive supplier shared that it has successfully developed an e-corner module prototype that combines steering, braking, suspension, and driving systems into each wheel.

Recently, the CATL announced that it is licensing its Cell-to-Pack technology to South Korean supplier Hyundai Mobis. The Chinese battery manufacturer will support Hyundai Mobis in supplying CTP products not only in South Korea but worldwide.

They will work together to develop higher-quality products for the global electric vehicle market, it says. CATL describes the partnership as a new form of international technology cooperation in the industry. Hyundai Mobis had also announced recently that it will invest about 1.3 trillion won (equivalent to about 950 million euros) in the construction of two plants for fuel cell systems in the Korean cities of Incheon and Ulsan.

The two factories will perform different tasks in the manufacturing process of the fuel cell systems. One will be producing the stacks and the other will be assembling with other components to FC systems. Hyundai Mobis plans to start production in the second half of 2023. When fully operational, an annual capacity of 100,000 FC systems is to be achieved. With an annual capacity of 100,000 fuel cell systems, Hyundai Mobis will be able to supply external customers as well as FC vehicles of its own group. It is planned to sell the fuel cell systems with the increased production capacity to other companies.

In 2020, Hyundai Mobis has already developed fuel cell units for H2 forklifts, which are generators that produce electricity independently by combining a fuel cell stack, a hydrogen tank and a cooling device. Currently, Hyundai Mobis is also working on a variant for hydrogen-powered excavators and fuel cell systems for smaller aircraft. Hyundai Mobis will operate a total of three fuel cell plants in the future.