Electric vehicles in India is the trending topic now. All the electric vehicles entrepreneurs eye on the new capital Amaravathi. AVERA Electric vehicles company takes a step ahead in Amaravati by starting its E-bikes assembling unit in Nunna, Vijayawada. Avera has launched their two e scooters in the first phase. This scooters can give a range of 140km on a single charge.

The government of Andhra Pradesh has already announced that they will encourage the electric vehicles to control petrol usage and pollution. Subsidies are given to college students and employees on the purchase of electric bikes.

“AVERA New and Renewable Energy” is an electric vehicles retailer startup. Launched by a team of young entrepreneurs in Amaravati region of Andhra Pradesh. Avera goal is to become a globally recognized producer of energy-efficient pure electric vehicles.

Electric vehicles made with the Aluminum material can be handled easily, G.P.S, geo-fencing and speed control features are embedded. Accidents can be controlled by this speed technology. Avera is the first company to introduce this technology- CHANDINI CHANDANA (co-founder & coo of Avera)

These bikes run on solar technology, can be charged through the sunlight and stored in the batteries as well as a household charger. lithium-iron-phosphate battery tech is used. By the end of December 2018, two more electric scooters will be launching by Avera.

25 EVs are manufactured in the first phase in Nunna. The chief minister of AP ride the electric scooter and expressed his happiness. Planning to launch the plant in Gujarat,200 female employees only – Ramana Ave Founder & CEO 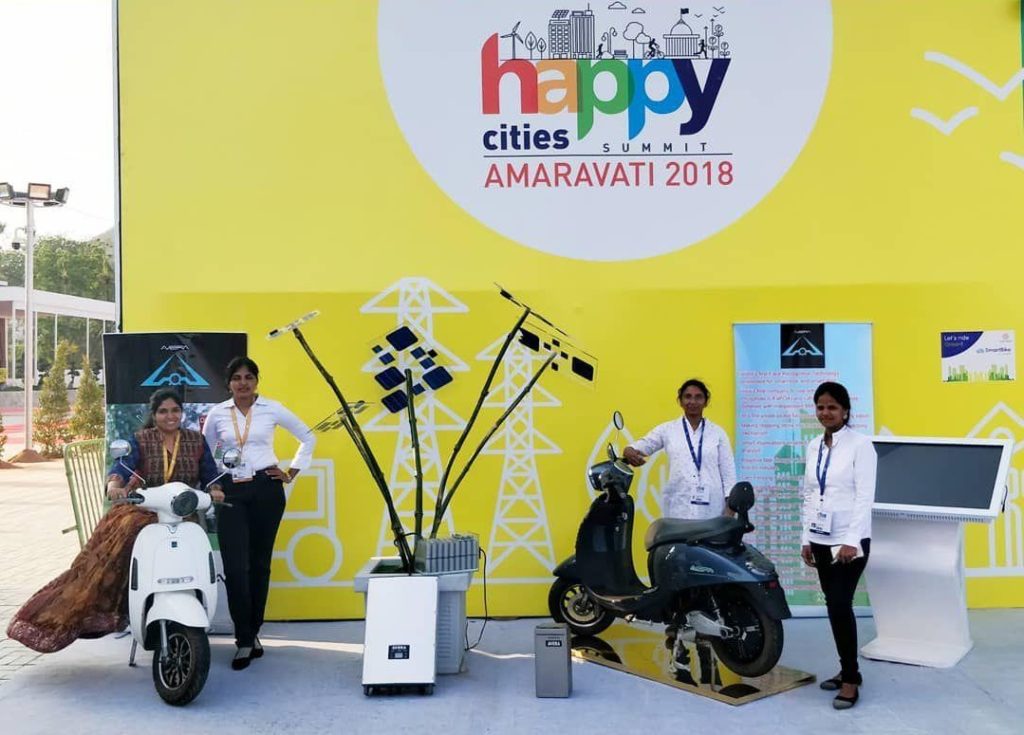 The price of Avera E-Scooter is expected to be 90,000 rupees. Avera electric scooters are expected to launch in the last phase of 2018. 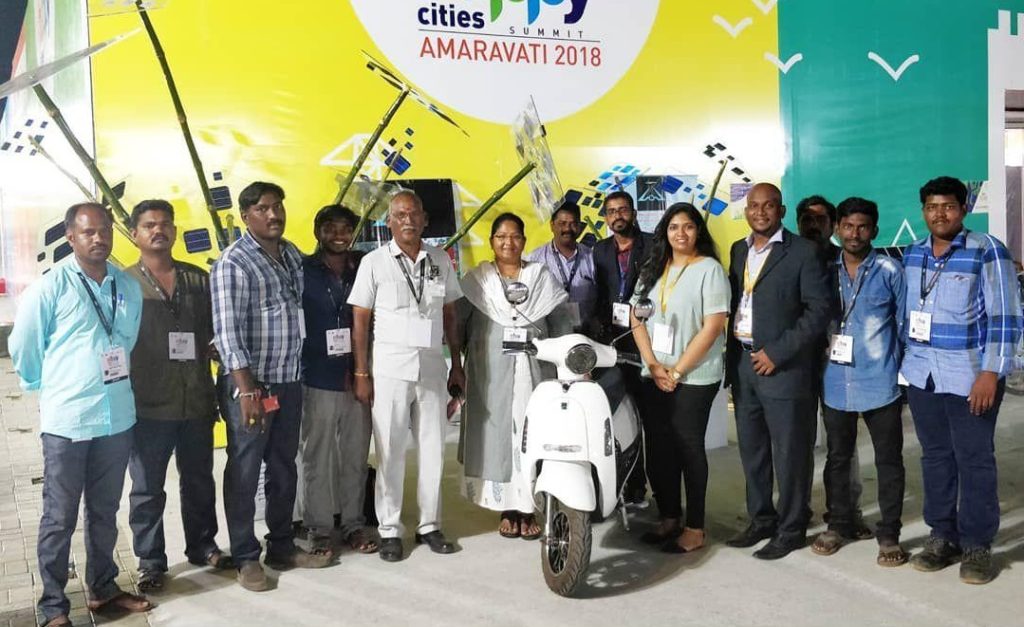 Advanced lithium iron phosphate battery cells are used in the battery, which is 3 times more powerful.

CHARGE FROM ANY OUTLET

Just like any electric device, Avera electric scooters can be charged from outlets.