Speaking at the unveiling, Mr Steffen Knapp, Director, Volkswagen Passenger Cars said, “We, at Volkswagen, take immense pride in showcasing our best technology to the Indian customers through the ID. CROZZ & RACE POLO. The two are symbols of Volkswagen’s groundbreaking and innovative technologies that continue to offer Volkswagen’s core DNA of safety, build quality and fun-to-drive experience.”

The company also showcased its Race Polo model which is powered by a 1.8-litre petrol engine with a peak power of 230 hp mated with a six-speed transmission at the Auto Expo. He said that globally VW group is investing 33 billion euros in the development of electric vehicles with one-third of it by the VW brand.

“The ID. family comprises a range of vehicles across segments, starting with the recently introduced ID.3 to the ID. SPACE VIZZION,” Knapp said. 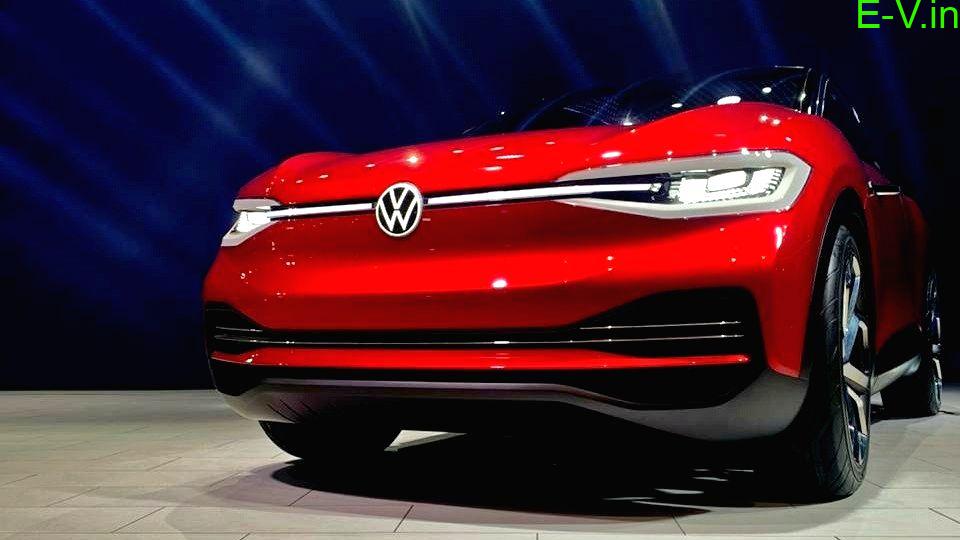 The ID.CROZZ is a company’s first electric-powered four-door coupe. It has an electric drivetrain delivering power of 225kw which gives a range of 500 km on a full battery charge. It offers a top speed of 180 km per hour. ID CROSS employs an 83kWh lithium-ion battery that generates a peak power of 306ps which can be achieved when charged to 80 per cent in 39 minutes.

The electric is still in a concept stage and will make its commercial debut in April. The VW plans to launch the ID. CROZZ in India later in mid-2021.

The ID. CROZZ has a clear and powerful design language with a stylish appearance. A new feature is a movable light blind in the illuminated panoramic roof that creates ambient lighting both inside and on the exterior. The car is compact yet spacious owing to the flexible MEB platform.