The Super Soco CUmini electric scooter is the entry-level model in the Super Soco lineup and looks small in terms of design elements.

But in terms of features, it does have LED lighting and keyless startup, tracking alarm status, GPS position, battery change (swapping options) and data via Super Soco’s smartphone app.

Jorge Lorenzo a Spanish Grand Prix motorcycle racer has also teamed up with the company. He will be promoting Super Soco electric motorcycles and scooters. The Super Soco CUmini will be a Lorenzo-inspired livery. JL99 X Super Soco project will be entirely promoted by him. 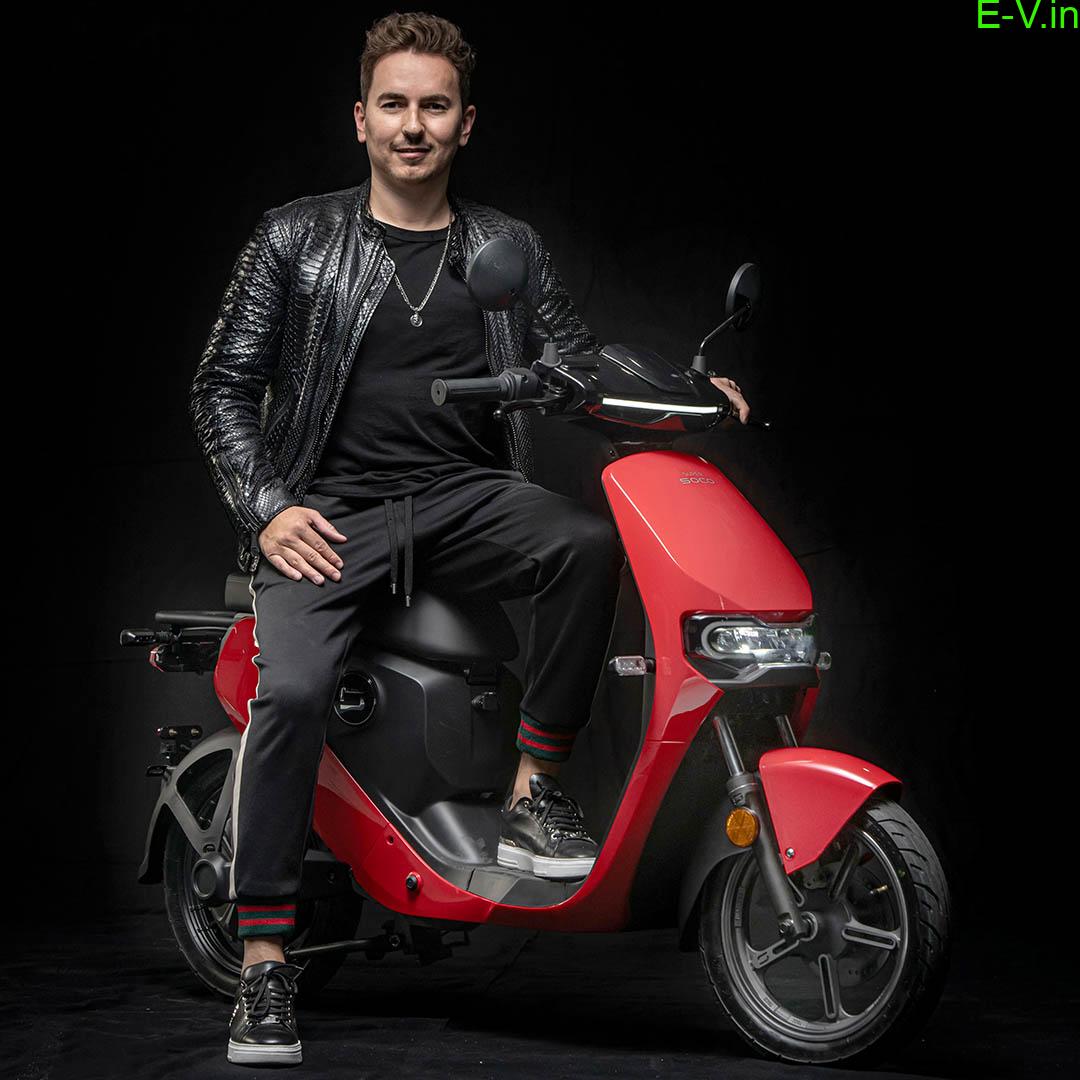 The JL99 X Super Soco will feature a 0.8 horsepower electric motor that gives a top speed of 28 mph. The scooter features 12-inch wheels and 180mm disc brakes at both ends. The range for the CUmini is 37 miles.

The Super Soco has also announced a finance deal for its UK customers. It has announced the appointment of Santander Consumer (UK) plc (SCUK) as its finance provider. This partnership will provide customers with even more attractive access to the entire Super Soco range of models.

SCUK is providing an introductory rate of 8.9% APR Representative on both PCP and HP agreements across a 36 or 48-month period, with no minimum deposit required. It is available on all five Super Soco models.

The company is offering good finance options to its customers, once their electric vehicles are launched in India, we hope that it will provide some good financing options on its electric two-wheelers in India too.

Its technical specifications include both the motorcycles have similar specifications that include, they are powered by a 2,500W rear hub motor which produces a torque of 180NM. Both provide a top speed of 75 km/h and is equipped with a pair of 60V and 32Ah batteries that adds up to 3.84 kWh of capacity. With a single charge, it can give a maximum range of 200 km at the slow speed of 25 kmph, we don’t get 200 km range at the real-world speed we can expect around 120 km.