We have heard about lack of charging infrastructure always but EV charging infrastructure is in news today. Here is great news for Singaporeans. The Royal Dutch Shell has announced its launch of Shell Recharge electric vehicle (EV) chargers at petrol stations in Singapore. It is said to be the company’s first such foray in Southeast Asia. EV chargers installation at 10 petrol stations in Singapore.

The company says The charging facility of Shell Recharge will be available at 10 Shell petrol stations in Singapore by October or 20% of its retail network in the city. 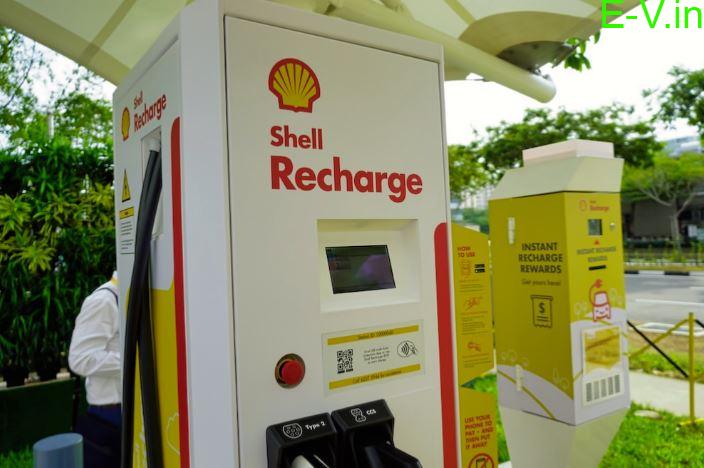 The chargers provide 0% to 80% of charge in just 30 minutes and are compatible for most of the electric vehicles in Singapore.

According to a study conducted by Shell on electric vehicles (EV) consumer behavior, 52% of Singaporeans discourage to purchase or use an electric car as there was lack of charging stations in Singapore, said the company. 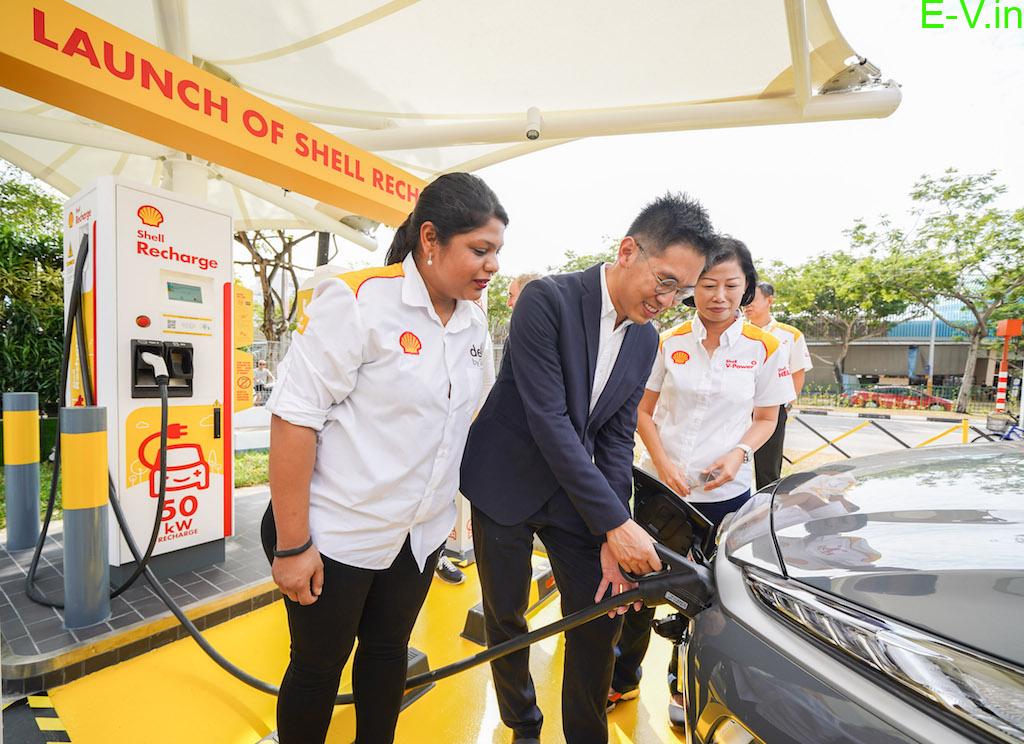 In a few months or a year, the company will make more low carbon energy solutions for Singapore. Recently, the Shell has announced that it will install rooftop solar panels on the roofs of seven of its plants in India, China, Italy, Singapore and Switzerland which would produce 7,500 MWh of power annually.

The panels will be installed at the company’s lubricants plant in Taloja, Maharashtra. The company will work with Cleantech Solar for the installation of about 1,700 panels which generates 683 MWh of electricity annually and 500 tonnes of annual GHG emissions can be avoided with this.

In India, recently the government announced that it will make use of petrol pumps for electric charging points to encourage the use of electric vehicles in India.

Hope the Indian government will also implement this plan soon and people have enough charging facilities to charge their EVs which results in the adoption of more EVs in the country.