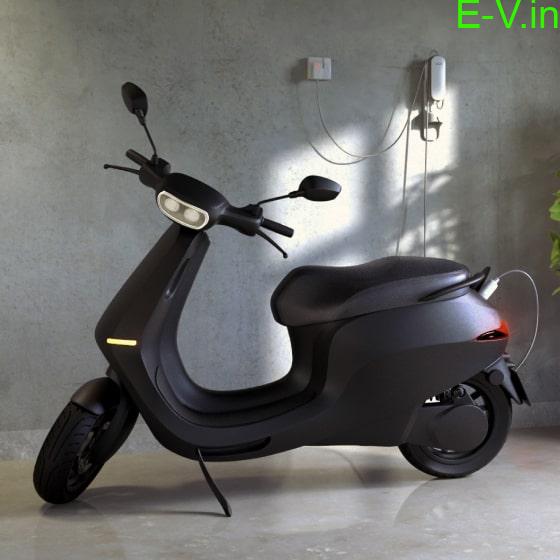 The company said that it will unveil the electric scooter features and specifications in the coming days. But the company give hints that the scooter will be competitively priced with class-leading speed, range, larger boot space, side stand, position indicator, etc.

Bhavish Aggarwal, Chairman & Group CEO, Ola “With its incredible performance, technology and design along with aggressive pricing, it will help accelerate the transition to sustainable mobility. India has the opportunity and potential to become the world leader in EVs and at Ola, we are proud to lead this charge.”

The final price of the electric scooter will be announced on the company’s website. The Ola Electric scooter is set to become the EV two-wheeler with the highest range in India. It is expected to give a 100 kph.

Ola Electric raised $100 million from the Bank of Baroda

Recently Ola Electric announced that it is raising $100 million from the state-run Bank of Baroda (BoB) to finance the first phase of the world’s largest electric two-wheeler factory. Ola Electric Mobility is raising funds as a long-term loan. The plant is being built in Tamil Nadu’s Krishnagiri district. This factory will have a capacity of 2 million electric vehicles a year initially.

It said that it will invest ₹2,400 crores in the first phase of its so-called ‘future factory’. Recently the company announced that it is about to complete and the brand will soon bring its electric scooters shortly.

Recently, Ola Electric has announced a two-wheeler manufacturing plant with a capacity to produce 10 million units annually. The Ola’s mega EV factory is said to be the largest two-wheeler factory in the world, the most advanced and most sustainable.

It will be manufactured at the company’s new facility in Tamil Nadu. Last year, it has acquired Etergo BV an electric scooter company for an undisclosed amount. The joint venture will bring Ola’s first electric two-wheeler. The Etergo has raised about $23.3 million to date from German automakers and through crowdfunding.

Ola has unveiled the world’s largest electric two-wheeler charging network ‘Hypercharger Network.’ It has revealed its plans for providing charging infrastructure to its upcoming electric two-wheeler including its electric scooter which will be launched in the coming months. The company will offer inclusive charging infrastructure to its electric vehicle customers which include high-speed Ola Hyperchargers and the home charger.

The electric scooter can be charged to 50% in just 18 minutes for a 75 km of range. It will be found in city centres, malls, IT parks, office complexes and cafes.