The first electric car 100% made in Algeria will be soon launching in the world market of electric vehicles. It is made by Oussama Touaba and wants to popularise his prototype in the national and international markets.

In that regard, the researcher from the Centre for the Development of Renewable Energies (CDER) in Algiers is seeking investors. If they find the investors, the launch of this electric vehicle will be possible in large-scale production. This small electric car for urban traffic with estimated unit production costs 700,000 Algerian dinars (just under 4,800 euros). 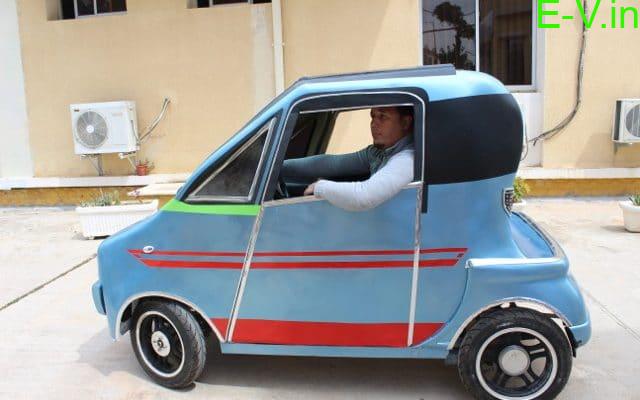 The prototype electric car is protected by a patent received from the National Institute of Industrial Property (Inapi). Now let us look into its features and specifications. This small electric car is 2.5 metres long and has a seating capacity of two including the driver on board. Its body structure is entirely made of aluminium which makes it extremely light, giving it a featherweight of only 200 kilograms.

It has two 1.7 horsepower engines under the bonnet. It offers a maximum speed of 40 km/h. This electric car invention comes as the government announced a strategy to promote the import of electric cars. The Algerian president during the Council of Ministers on March 22, 2020, at the Palace of Nations in Algiers recommended the import of the electric cars in the country for the ecological advantages.

The inventor of the electric car wants to meet the needs as his car is specifically designed for the urban areas. He is planning to improve the power system of the car so that it can produce its own electricity from the sun, solar energy.