This iconic Ambassador runs 100 km in a single charge and it hits 60 kmph in just 12 seconds. Isn’t it amazing? The return of the Ambassador four-wheeler is extra-ordinary. This iconic Amby has been transformed by a team of youngsters at He-Man Auto Robo Park.

When most of the cars are going electric way, this also taken a step into electric.

Here is an electric He-Man electric Ambassador car at Mookkannoor in Kerala’s Angamaly. 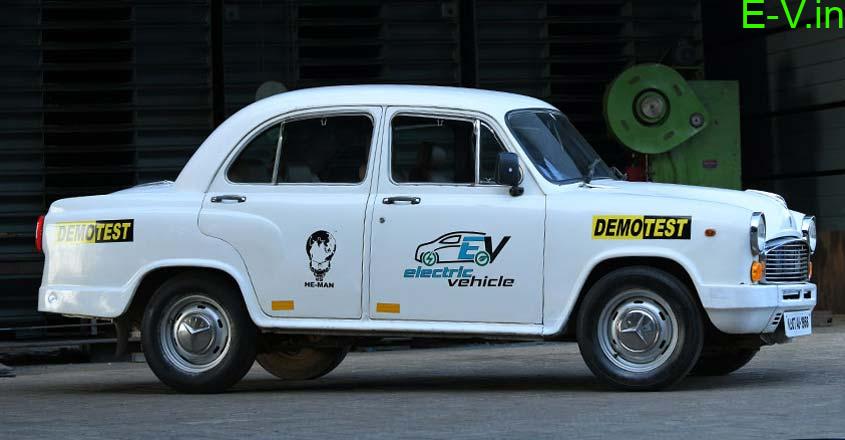 This electric car project has been started with an old Ambassador was bought and its components like engine was removed and changed.

They equipped lead-acid batteries in the empty spaces inside the bonnet and boot. There are 22 batteries altogether. The 20kW battery pack provides a 53 bhp of power which churns the torque of 275 Nm at 1500 rpm. This torque is said to be higher than the 1.4 litre petrol Jeep Compass which produces 250 NM of torque at 1750-2500 rpm. The batteries take 8 hours to charge fully.

If you get high torque then it helps the car to pick up the speed fast. It has a top speed of 120 km per hour.

We are sure, you have opened the article by seeing its cost factor. So let us see its cost. In 1 Kw the car electric car cover 5 km which costs about Re 1 for 1 km. 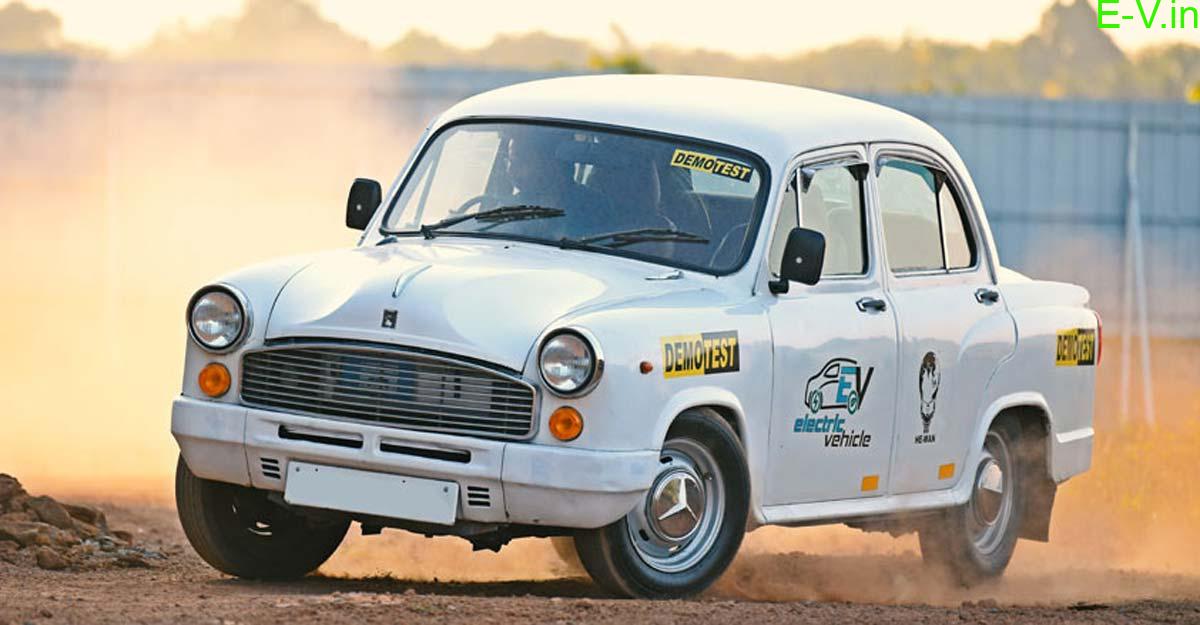 While we talk about its running on roads and launch, its trial is restricted to the factory premises as it did not received the approval from the authorities.

The team wants to see it as a pilot project to a future venture because the R&D wing of the He-Man group of Companies Ventured into the electric field two months back. The company is more focused on commercial vehicles.

The team has also run the Amby on the solar panels and there were no issues but it was just looking little bad in terms of appearances.

Back in 2019, the iconic electric Amby was in headlines stating that electric Ambassador Brand Will Be Sold In India.

The senior PSA board member said that the Ambassador brand will be used especially for electric vehicles to be sold in India only. The sub-brand will be the first new addition to the PSA company.

The Ambassador range of cars will only debut after 2022 and its not decided whether it will have a standalone retail network. Citroen will have a dealer network whereas the Ambassador branded cars will be sold using the online sales strategy.