India is a developing country in all aspects, The National Thermal Power Corporation (NTPC) is planning to test a new hydrogen fuel cell-powered electric vehicles to reduce the carbon footprint in the environment. NTPC is planning to procure such vehicles for pilot projects. 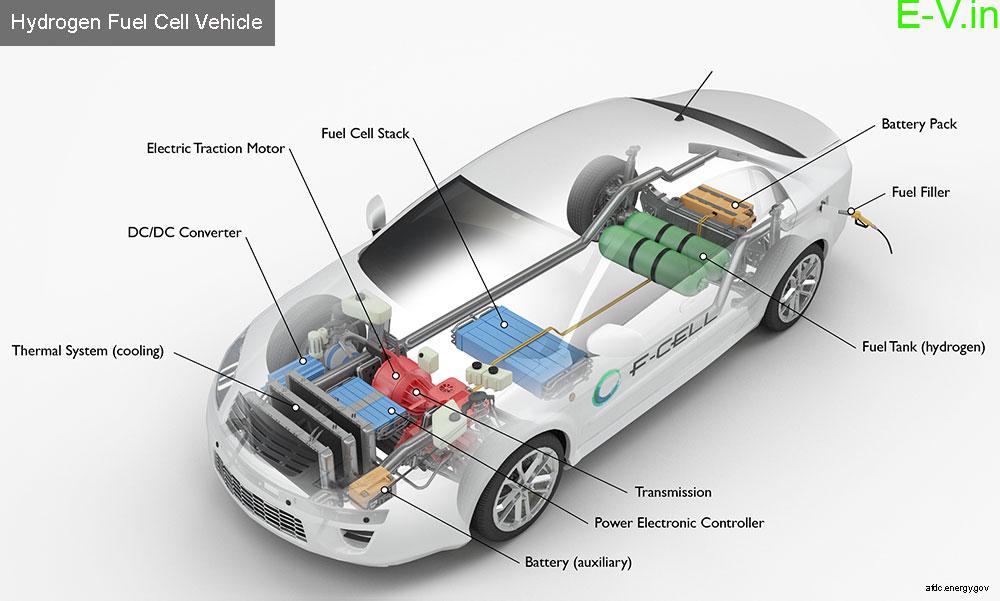 In an electric drive vehicle, the auxiliary battery provides electricity to start the car before the traction battery is engaged and also powers vehicle accessories.

Using power from the fuel cell and the traction battery pack, this motor drives the vehicle’s wheels. Some vehicles use motor generators that perform both the drive and regeneration functions.

An assembly of individual membrane electrodes that use hydrogen and oxygen to produce electricity.

A nozzle from a fuel dispenser attaches to the receptacle on the vehicle to fill the tank.

Stores hydrogen gas on board the vehicle until it’s needed by the fuel cell.

This unit manages the flow of electrical energy delivered by the fuel cell and the traction battery, controlling the speed of the electric traction motor and the torque it produces.

This system maintains a proper operating temperature range of the fuel cell, electric motor, power electronics, and other components.

The transmission transfers mechanical power from the electric traction motor to drive the wheels.

The present FCEVs in the market are listed below: