Electric bikes have become more popular in India these days as they are coming in a unique style and technology. Here is yet another electric superbike concept that pretends to be an Internal Combustion engine powered motorcycle and the interesting fact about this electric bike are it produces the multiple sounds which include one for a two-stroke engine as well. 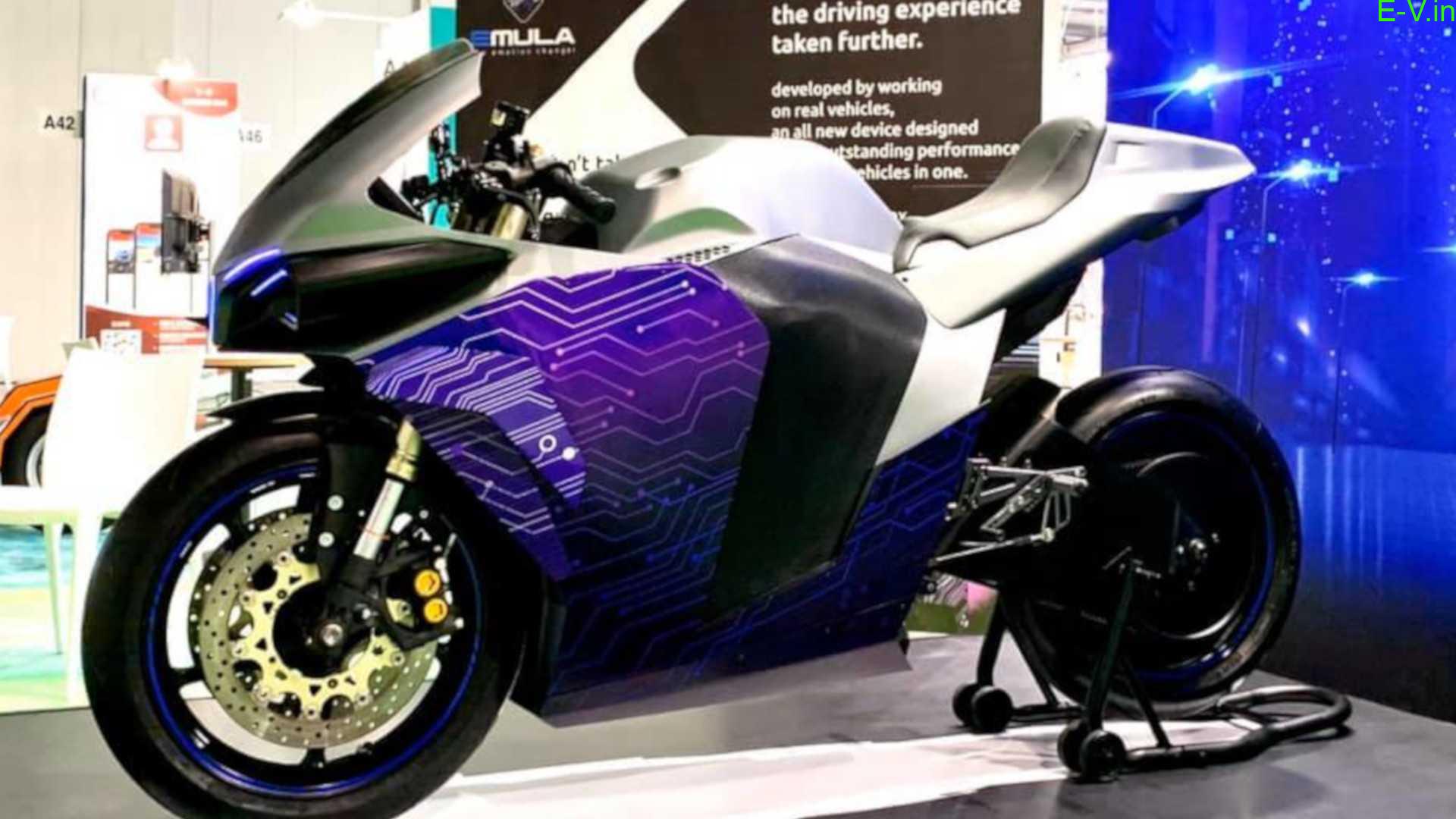 As we said it pretends to be petrol powered bike as it does have a virtual gearbox ad its power delivery can be adjusted and also the gearshifts as per the user requirements.
One more interesting part of this e-bike is that it has a McFly system on board. The tech allows the rider to select between the multiple engine options and sounds.

To give a proper feel of a petrol-powered bike the Emula comes with bass speakers to mimic the sound of an engine. This not only produces different exhaust notes and sounds but also offer optimum vibrations. The system is also having a gearshift and a slipper clutch also included.

It is having multiple riding modes such as Real Emulation, Arcade Emulation and Beginner Emulation. There is also an Emula boring mode that converts the bike into a conventional all-electric machine bike with no noise. It offers a top speed of 250 kmph and it gets an 8-inch fully coloured TFT instrument cluster.

The Emula superbike concept has been presented by an Italian automotive company called 2electron. This bike is in concept stage once it makes to the production level it can do wonders in the EV industry.

0 0 0
Previous : Ampere Electric offers 5K off on its electric scooters
Next : Electric Two-wheelers sales to grow by 87% to 3.4 million in 2025
K. Nandini Tornekar