India’s largest two-wheeler manufacturer Hero MotoCorp on Tuesday said it plans to invest up to Rs 10,000 crore in the next 5-7 years. The investment will be made for new products, alternate mobility solutions, manufacturing facilities, network and brand building, research and development, etc. The company aims to become a market leader in India and also to make strong its presence overseas.

The investment also includes the electric vehicles where the company is lacking behind as its rivals Bajaj Auto and TVs has recently launched their first electric two-wheelers in the market. The company claims that it wants to become a carbon-neutral company by 2030 and would also be making suitable investments in its facilities for electric vehicles.

“We have been the world’s largest two-wheeler manufacturer for 19 years now which is no mean feat. Getting to the top is difficult but staying there is even more difficult and we intend to remain at the top,” said Pawan Munjal, chairman and managing director, Hero MotoCorp.

Recently, Hero MotorCorp has unveiled its First electric scooter Duet-E in Auto Expo 2020 and it is expected to launch in the next few months in India. 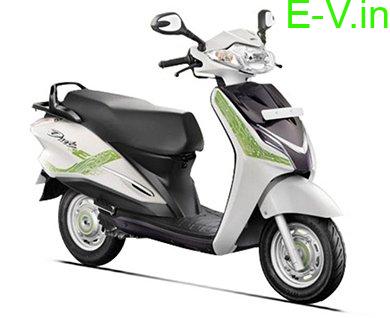 The company’s first electric scooter concept is claimed to have a top speed of 60 km/h which can reach its top speed in 6.5 seconds. The range of this scooter is expected between 65 to 95 km. Its some of the features include LED headlamps and sidelight indicators at front. Telescopic suspension at the front and a USB socket for Mobile charging.

At current Hero Motocorp’s petrol version of Hero Duet is priced at 48,280. So we can expect its electric version is priced between 70 to 90 thousand. If the company brings this electric scooter in affordable price then it will definitely rule the EV market.