Bentley Motors celebrated its 100th birthday with not the ICE engine vehicle but it has taken a step further towards the future with the electric. The autonomous EXP 100 GT concept electric car unveiled at Bentley’s headquarters in Crewe.

The branded luxury vehicle will launch in the year 2035. It has some amazing futuristic features with excellent exterior and interior appearance.

The car’s mesh grill is made up of 6,000 LED bulbs! isn’t it amazing? These are separated by a slim piece of copper that shows the front fascia an unmistakable expression. It has ditched the traditional round beveled headlights set up. But it has stuck to the similar feature of hood-mounted flying B. 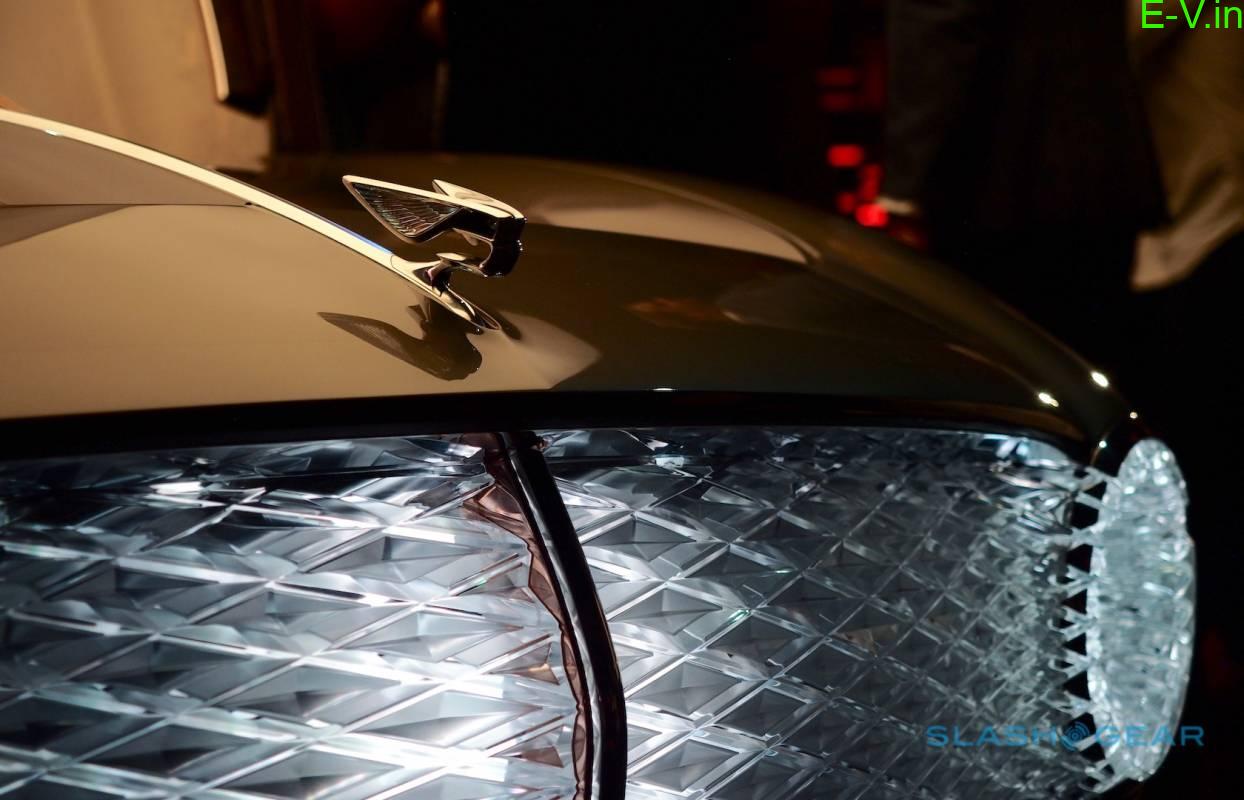 The svelte, roofline which is sloping is inspired by the iconic R-Type Continental (Bentley’s 1950s car) which extends seamlessly into the rear valance, copper and silver accents cover the window sides, windshield, and parts of the thick spoked “Active Aero” wheels. 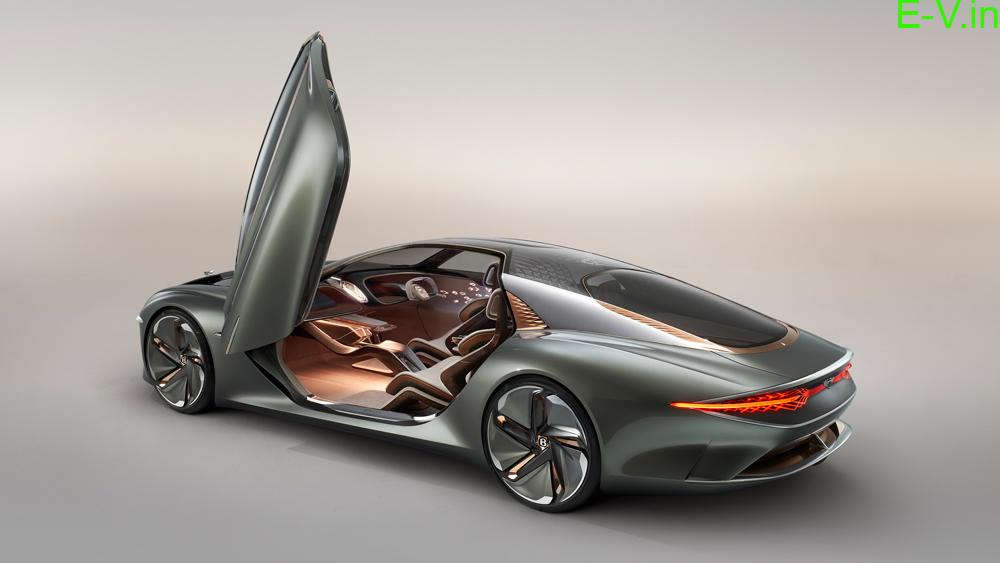 With excellent power, it gives a driving range of 435 miles (700 kilometers) with a single charge. Its unique feature is that it can be charged again in just 15 minutes using a fast charger up to 80 percent.

The EXP 100 GT’s artificially intelligent personal assistant is placed at the center console which can be identified by an illuminated crystal.

It controls 5 autonomous driving modes such as Enhance, Cocoon, Re-Live and Customize. The Enhance draws input from the outside, Cocoon envelops driver and passenger in purified air and opaque glass, Re-live replays the highlights of past journeys and customize combines all 4 but can be interchangeable as per the passenger input.

The 5 non-driving modes help the passengers to sit back and relax in the upscale interior while keeping the hands free. The cabin surface is a mix of leather and wood with copper inlays, wool, and aluminum making it look more posh appearance. The materials used for interiors are all eco-friendly and Bentley says it as “sustainable innovation.” 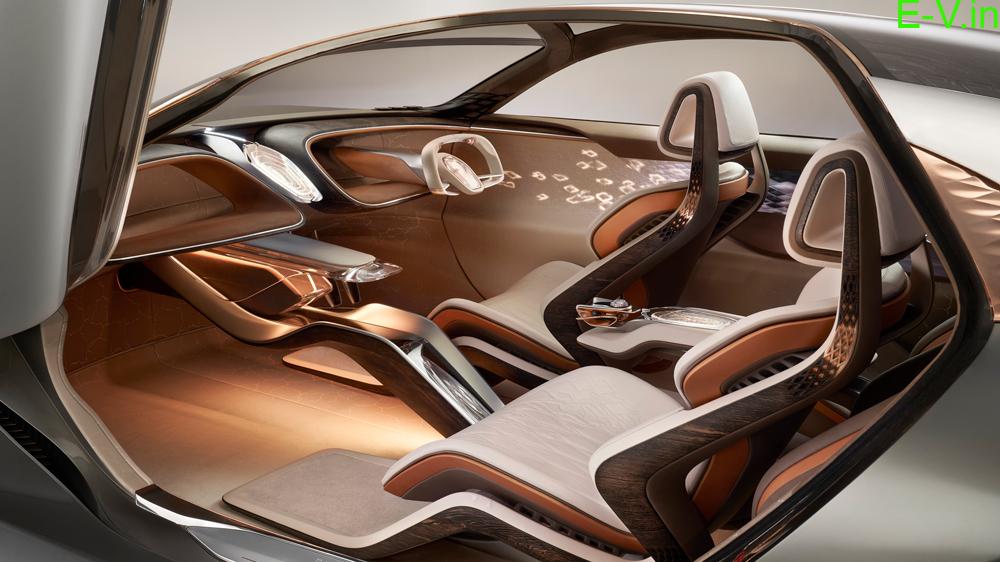 Bentley’s director of design, Stefan Sielaff says, “The EXP 100 GT represents the kinds of cars we want to make in the future.”

The car connects with the emotions of the passengers and gives safeguard memory of amazing traveling experiences you do.

The company has no plans to build the EXP 100 GT in a similar way but it is an example to inspire for Bentley design and technology to move forward.

0 0 0
Previous : Amsterdam To ban all gas-based cars by 2030
Next : Vakrangee to install EV charging stations across India
K. Nandini Tornekar