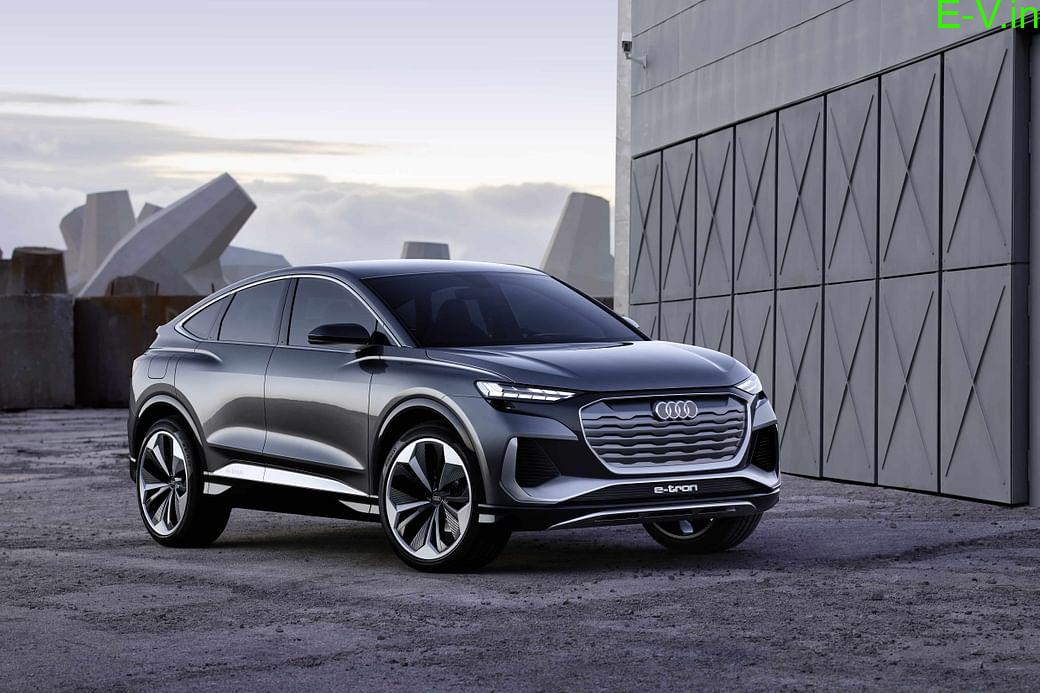 The SUV gets some different hues when looked from different angles. It differentiates between pearl grey and metallic green. The company has provided 22-inch tires for the concept.

You won’t find the long wheelbase and transmission tunnel for which there is a lot of space in the interiors. The steering wheels have touch elements and the centre contains with the console control infotainment system which controls the vehicle functions. Its floor covering is completely made with the recycled materials, isn’t it interesting?

Two electric motors are concealed in the Audi Q4 Sportback e-Tron which combined provides 225 kilowatts of power. It provides a range of 450 Km and can accelerate 0-100 km/h in just 6.3 seconds. According to the WLTP standard and models with rear-wheel drive can reach over 500 kilometres.

After the launch of the MG ZS EV and Tata Nexon EV in India recently Audi was planning its way in India. It is planning to bring its electric SUV e-Tron later this year. But it is looking for clarity on some regulatory issues like battery disposal as it is looking for a long-term strategy for electric vehicles in India.

Audi India head Balbir Singh Dhillon said, “In terms of what has come in the Budget, I don’t think it is going to impact our plans. There is no doubt that we are going to move towards electrification. We will bring e-Tron. This will come sometime later this year.”

“In any case, we are going to bring (e-Tron) 100 per cent imported. The segment that we belong to, the duties are already very high,” The company is also saying that it will not sell it in thousands unless there is a very substantial effort by the government where the import duties are substantially reduced.