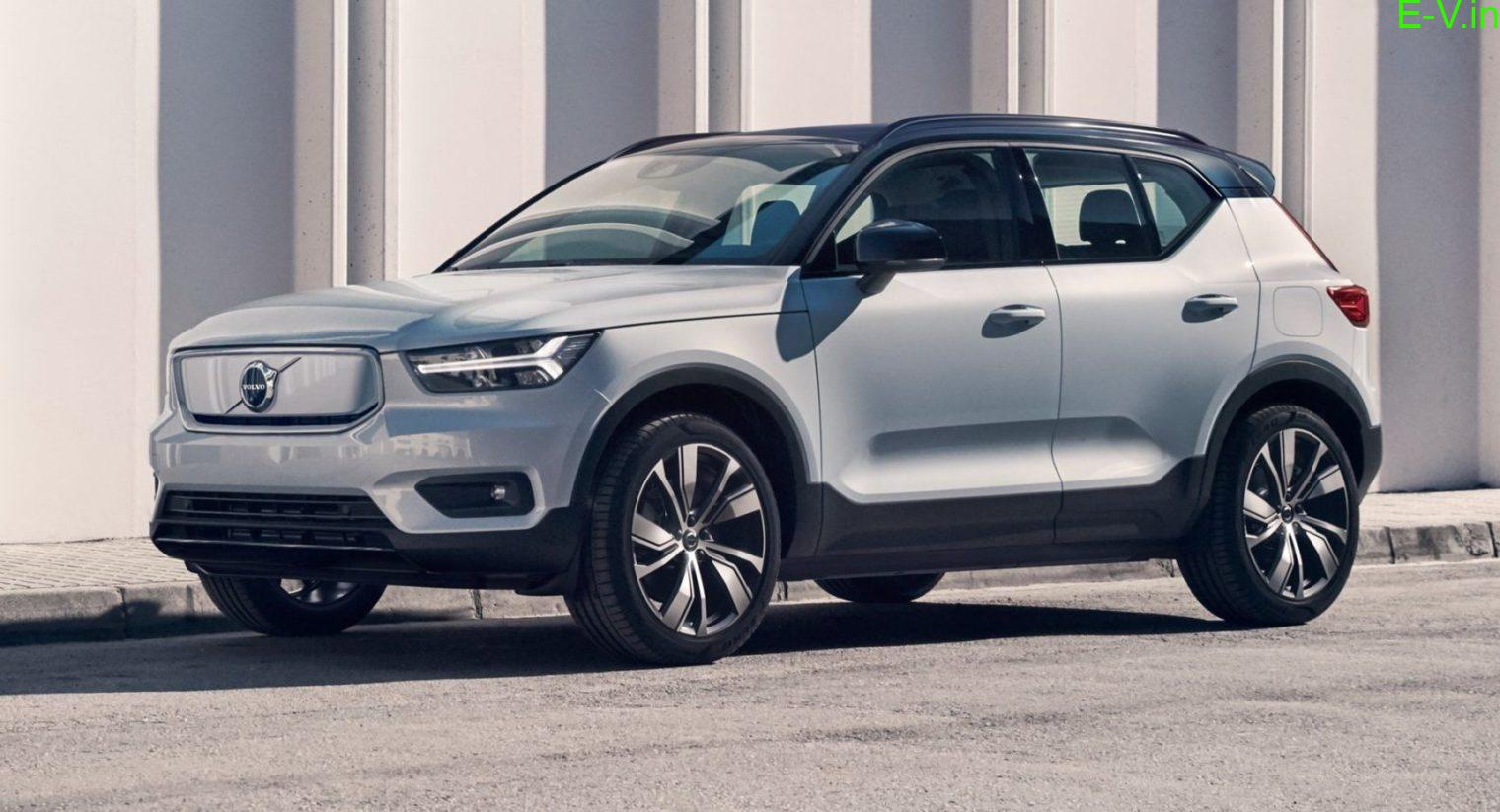 Volvo is currently evaluating the feasibility for its XC40 Recharge electric SUV in the Indian market. The company wants to slowly phase out the ICE only models with electric and plug-in hybrid vehicles.

In 2019, the company announced that all the vehicles that will launch globally will be electrified and India is also in one of them. This electric SUV is available in international markets. The company’s first model Volvo XC90 was launched in 2019 and it has started assembling the XC90 plug-in hybrid SUV in India at its facility. We can also expect that the XC40 Recharge will also assemble in India.

while talking about its specifications, it features two 150 kW electric motors. It has 78kWh lithium-ion battery pack ad it’s electric powertrain produces a 402 bhp and 659 Nm of peak torque.

At current XC40 is sold in India with a petrol engine and is built on compact modular architecture platform (CMA). The company discontinued its diesel version recently.

The XC40 is the smallest sports utility vehicle (SUV) of all the three SUVs of Volvo which are on sale in India. It is one of the best selling products for Volvo in India which contributes 25 per cent of its sales.

Volvo had also launched its first commercial electric autonomous truck. This electric truck will be used for transport goods between a logistics hub and a port in Sweden. The Swedish automotive titan partnered with the ferry and logistics giant DFDS to use Volvo Trucks’ “Vera” for transportation of goods.

Volvo is boosting its autonomous trucks effort since few years and is dealing with many projects such as self-steering truck ( for the farmers to help them in sugarcane fields in Brazil), autonomous garbage collection trucks, etc. Its self-driving trucks help you in mining, transporting. There will be no need for a driver to sit in. Volvo plans to install self-driving vehicles in various industries.

0 0 0
Previous : This World Environment Day what will you return to environment?
Next : Germany announced mandatory charging stations at petrol pumps
K. Nandini Tornekar