In the resent note released by ANESDOR, the National Association of Companies of the Two Wheels Sector, the registration of motorcycles have increased by 12% during the first six months of 2018 to reach 85,914 units. The interesting fact is the spectacular increase in the number of electric motorcycles.

Urban mobility increased in the recent days rapidly, especially in Europe 72% of the population lives in urban areas. The European government focused on improving the quality of life in the cities by encouraging electric vehicles. 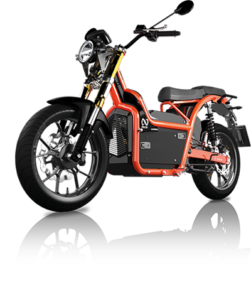 To take a share in the electric motorcycles growth, Nuuk Urban launched to move nimbly through the city.