A Mumbai based EV startup Vazirani Automotive has revealed the images of its Ekonk electric hypercar which is said to be the lightest EV ever. Ekonk is an all-new fully-electric, single-seater hypercar and the second model of the company after the Shul concept which was displayed in 2018 at the Goodwood Festival. Read further to know more about India’s lightest and fastest electric car Vazirani Ekonk. 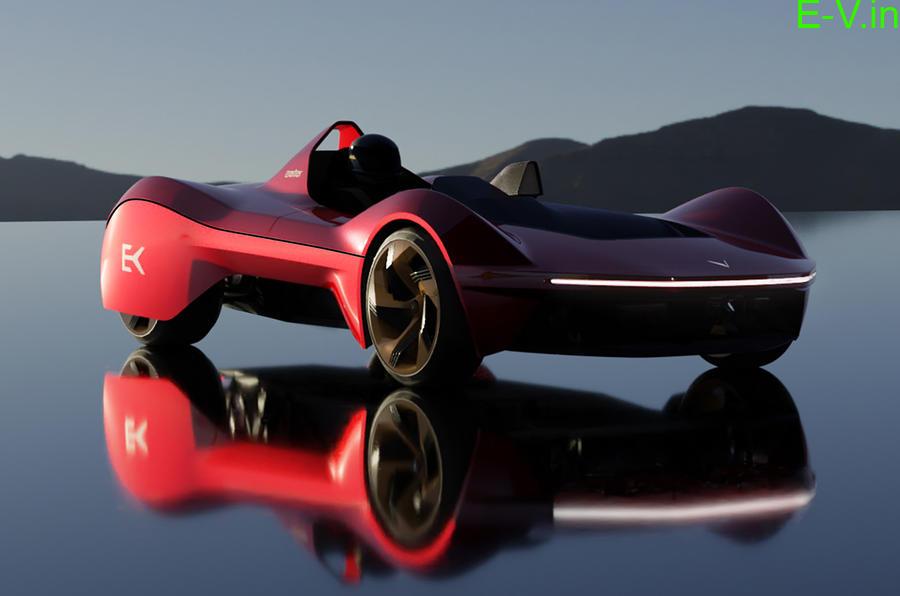 The electric vehicle boasts 700PS can accelerate the 0-100kmph time of 2.54 seconds which makes it the fastest accelerating car ever. The company also claims that it is the lightest electric vehicle in the world which weighs just 738kg as its rear-wheel-drive is made of carbon fibre. Ekonk uses DiCo technology, which discards the use of a heavy piping structure to cool the batteries and replaces it with the principle of air cooling. This significantly reduces the weight of the car.

While we look for some of the technical specifications, it produces a total output of 712bhp. The car reached a top speed of 309kmph in a test drive by Chunky Vazirani, the founder and CEO of Vazirani Automotive. The Ekonk features an open cockpit and only one occupant sit in the car. It is roofless which is almost every youngster’s dream for their car. Its rear gets Penta light bar design which is made fluid to achieve as much aerodynamic ability as possible. 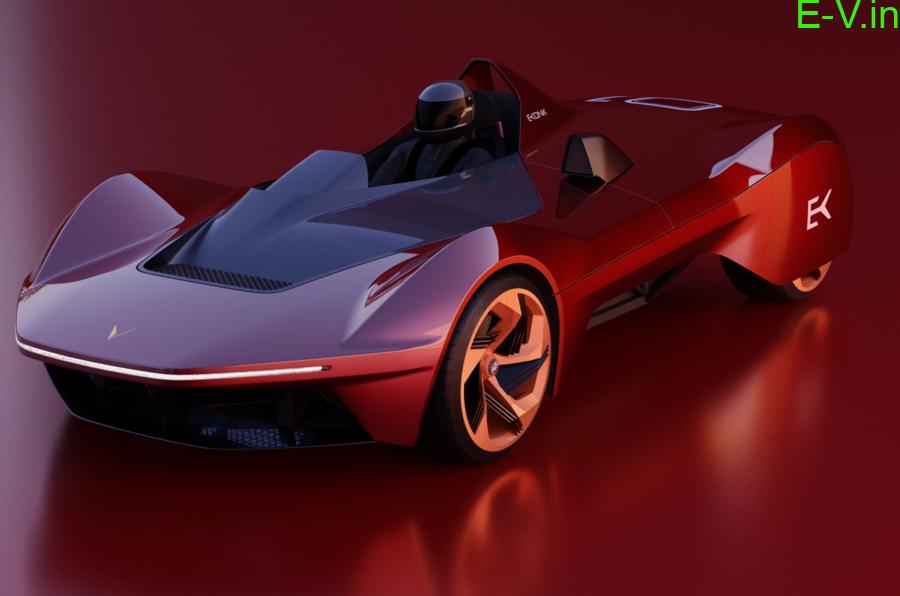 The company states, “In the Indian scriptures, Ekonk signifies the beginning of the divine light. The big bang.” “Design team worked in coherence with the engineering team to create a low drag concept car.”

The Ekonk was tested by Vazirani automotive at the Natrax facility in Indore. Vazirani Automotive is planning to implement the learnings of the DiCo technology of the Ekonk to the production version of the Shul. But the company didn’t say anything about its production but we can expect it too that it will also go into production with limited units.