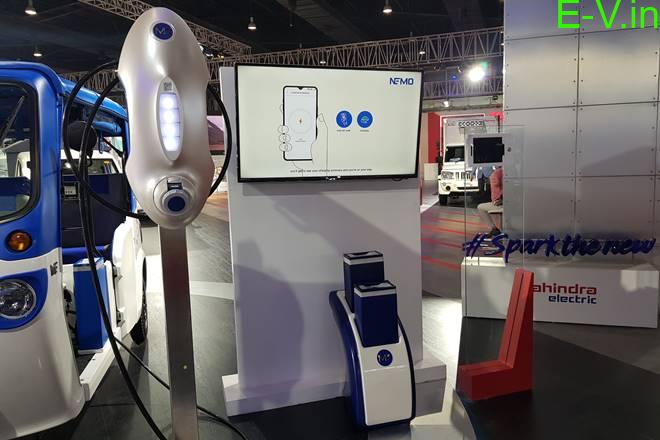 The new Treo got new doors nad seats for better comfort and most importantly Mahindra has unveiled its dedicated charger for the vehicle at Auto Expo 2020. The charges will be installed across the country and the brand aims to set up 800 of these August this year during the initial stage.

The new thing added is the range extender basically a second battery which will be increased range to 60 to 70 km. The new Treo will have a range up to 200 km with a primary battery offering up to 130 km in a single charge.

There’s another interesting add on feature is the solar roof that can increase the range of Treo by 26 to 30 km in just 4 hours depending on the city. But at the initial days, the Treo 2.0 will launch without the solar roof and it can also launch with solar based on the government’s incentives on solar panels.