The Audi has unveiled a new concept electric car called Skysphere which is powered by a two-door convertible with Level 4 autonomous driving technology. It can be converted from a grand tourer to a luxury sports car with the press of a button in just a few seconds or it can also be called as two in one-two cars in one. The Audi sky sphere concept will make its public debut on August 13, 2021, as part of Monterey Car Week.

The Audi in its official statement said that the Audi skysphere concept was designed for two different driving experiences-a grand touring experience and a sports experience. The car’s wheelbase and ground clearance can be extended whenever you want. The wheelbase of the Audi Skyspshere, which stands at 4,940 mm, can be stretched by another 250 mm to reach 5,190 mm. Whereas the ground clearance can also be raised by at least 10 mm to improve the comfort and dynamic behaviour of the car. 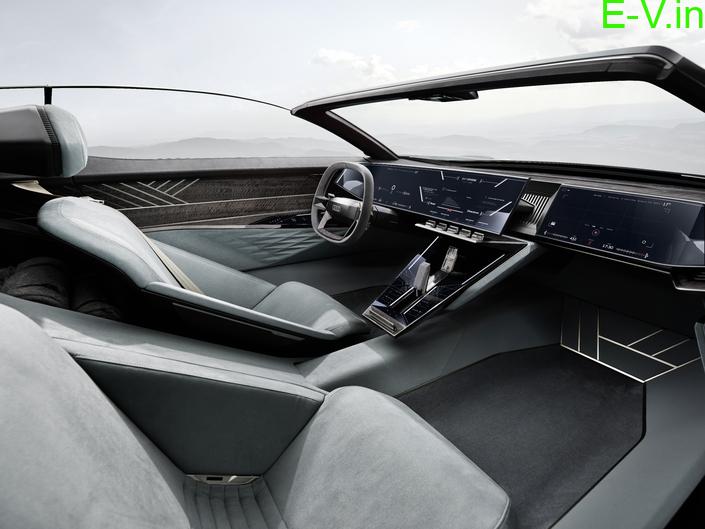 The Audi skysphere concept is redefining progressive luxury. Designed with two immersive experiences available at the touch of a button, it will expand horizons beyond the conventional car. Read more https://t.co/ERnlXoHYbY#Audi #ConceptCar #FutureIsAnAttitude #eMobility pic.twitter.com/08nEOVsfg9

“New technologies like electrification, digitalization, and autonomous driving gave us the opportunity to create an experience that goes way beyond the one that typical roadsters offer today,” said design project manager Gael Buzyn.

While we look for its technical terms its electric motor positioned on the powered rear axle helps to power the wheels. A total of 465 kilowatts of power and 750 NM of torque have an easy time with the roadster, which only weighs around 1,800 kilograms. The battery’s capacity is expected to be more than 80 kWh, giving the car a range of more than 500 kilometres according to the WLTP standard. 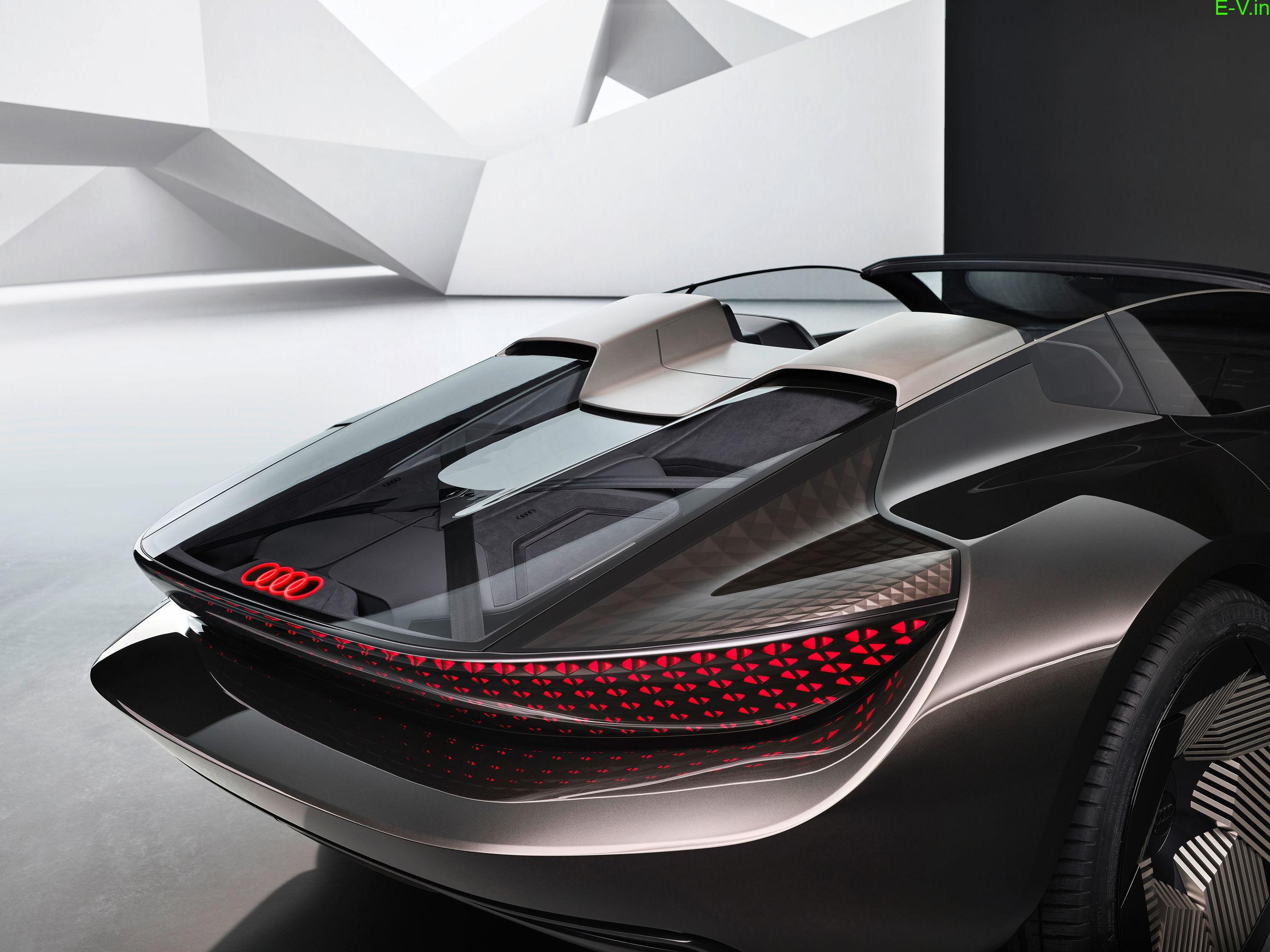 The vehicle features double-wishbone axles in the front and the rear. It’s front and rear has LED lightings. Audi skysphere, Audi grandsphere, and, coming in 2022, Audi urbansphere are the three concept cars that the brand with the four rings is using to showcase its vision of progressive luxury.

Audi had also announced that it is working on its own rapid-charging concept for its electric cars and is going to develop the second half of the year to test a possible series application. The whole idea about the plan is to have a high power charging (HPC) in combination with a lounge offer. The power supply will run as the buffer storage.

For more information go to this link

For the latest electric vehicles news, follow electricvehicles.in on Twitter,Instagram,Facebook and our YouTube Channels English, Hindi, Telugu, and Tamil