After announcing their first EV prototype at the MOVE summit in September, Maruti Suzuki has started testing Suzuki WagonR electric car on roads. The test run started in its Gurgaon plant, this field run will help to gain customer feedback as well as boost its R&D.

Suzuki WagonR is Maruti’s first electric vehicle prototype. The prototype has been developed by Suzuki Motor Corporation, Japan and manufactured at Gurugrm facility, in India. 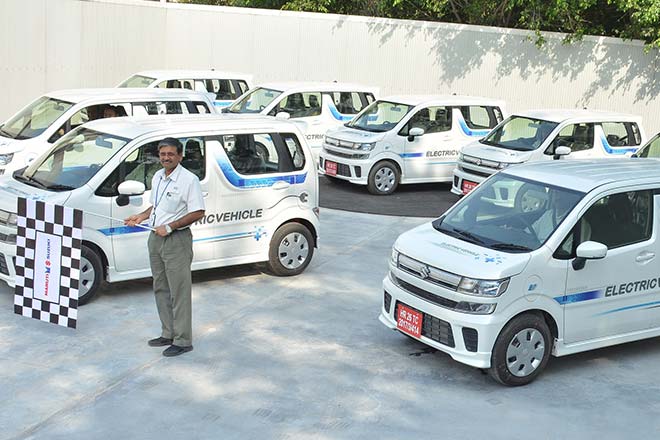 The first electric car from Maruti is expected to launch in the year 2020. EV manufacturers in India like Mahindra & Mahindra and Tata Motors already launched their electric vehicles in India.