The homegrown automaker Mahindra has added one more electric car in its lineup that is to be launching in the coming years. Although it has not yet launched any personal cars in the market but its electric three-wheelers such as Mahindra electric auto Treo passenger, Treo Zor cargo is doing wonders in the electric three-wheelers segment. It has recently announced that it has developed a battery-powered prototype of its recently launched XUV700. The electric prototype development is ready but it is not roadworthy yet. Read further to know more about Mahindra XUV700 electric SUV. 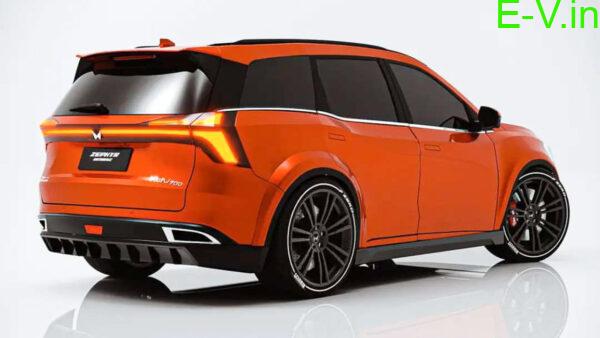 The new electric prototype XUV700 is powered by a massive 54 kWh battery pack. Mahindra will launch nine new SUVs in the market by 2026 including electric and standard versions. The company is also building a four-door SUV coupe which is likely to be called XUV900. The company’s electric car lineup includes XUV300, e-Verito, KUV100, Atom Electric,etc.

A world-famous multinational company Amazon, its Indian unit has announced that it will deploy around 100 electric three-wheeler vehicles from Mahindra Electric in seven cities across the country.

This move is part of Amazon target to deploy 10,000 electric vehicles in its fleet of delivery vehicles by 2025, which the company had announced last year. Amazon India in a statement said that Amazon’s electric three-wheeler “Treo Zor” has been deployed in many major metro cities like Bengaluru, New Delhi and Hyderabad.

Mahindra & Mahindra Ltd has announced its popular Mahindra Treo Zor electric three-wheeler (cargo) has crossed the sales milestone of 1,000 units in just six months of its launch. The Mahindra Treo Zor has become India’s number one selling electric cargo which has covered the cargo market share with 59%. The Treo Zor is built for last-mile delivery. The Treo platform is designed and developed in India. It is awarded as the ‘Best SCV of the year’ at the 12th edition of Apollo CV Awards.